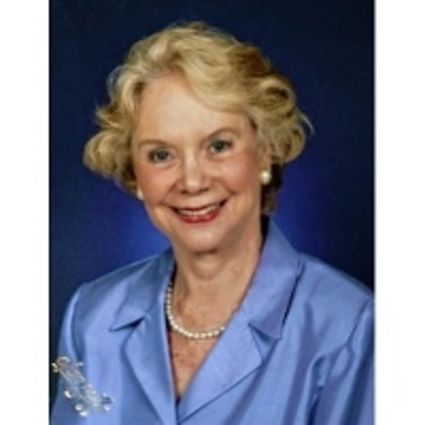 Mary Neil Hardman Whitmire Chandley, 88, passed peacefully in her sleep on June 9, 2019 at 4 a.m. She was a lifelong resident of Lake Wales, born on January 5, 1931 to Cleo and Neil Hardman, both pioneer residents of Lake Wales. Throughout her life, Mary Neil was always very active in school, church, community service, youth organizations, music and other local projects.

In 1953, Mary Neil married Quinton J. Whitmire, whom she had met at Piedmont College, at First United Methodist Church, Lake Wales. Their first home was in Venezuela, where Mr. Whitmire established his own oilfield construction company on Lake Maracaibo. Mary Neil opened a small private school for English-speaking children. She also gave piano lessons and was the accompanist for the American church they attended. Mary Neil returned to Lake Wales for the birth of their first two children.

In 1958, they moved back to Lake Wales. Mr. Whitmire founded Whitmire and Mock, a pipeline construction company, and then Whitmire-Allen, a commercial construction company specializing in buildings such as hospitals, churches, schools (including the Lake Wales High School), condominiums, resorts, and shopping centers. The company was one of the first contractors for Walt Disney World and built the interior of the Contemporary Hotel, the Disney World Golf Course and Country Club, all camping facilities, and the original Lake Buena Vista Village and Shopping Center (now Disney Springs).

In 1956, the First United Methodist Church of Lake Wales identified a need for a kindergarten and preschool. Mary Neil was on the founding committee as well as being the director and teacher of the 3-Year-old Class which was established during her return in 1958. The school is still quite active since it very beginning.

Mary Neil continued teaching part-time and substituting in Lake Wales schools. In the summer of 1968, Mary Neil, with the support of Quinton, studied at the University of the Americas near Mexico City. She took her four children to Mexico with her and they lived in the heart of Mexico City. During their time in Mexico City, the Summer Olympics were held and a 7.1 magnitude earthquake (centered in Oaxaca) occurred.

Mary Neil attended graduate school at the University of South Florida and commuted to Tampa from Lake Wales for several years. One summer, she lived in the USF dorms with all five of her children. In 1971, she earned her Master's in Education with a Reading Specialization.

Mary Neil taught in English departments at Lake Wales High School, Polk Avenue Elementary, and night school where she taught English for Speakers of Other Languages. She also started her own business, Educational Services, through which she counseled and tutored students from kindergarten through junior college. She also took many post- graduate courses at Florida Atlantic and Nova Universities.

Mary Neil's first husband Quinton died in 1978 and she was widowed for 20 years. In 1998, Mary Neil became reacquainted with Dick Chandley at their 50th Lake Wales High School Reunion. These childhood friends and classmates immediately fell in love prompting both sets of children to nickname them "The Lovebirds." Mary Neil and Dick married on February 14, 1999. Dick was VP of Hitchner Manufacturing Co., a metallurgic and casting company, based in Milford, NH. He also served as CEO of Metal Casting Technologies, the research and development branch of Hitchner. Mary Neil moved to Dick's home in Amherst, NH, for a short period, after which they moved back to Lake Wales while Dick commuted to New Hampshire for work until his retirement. Mary Neil and Dick enjoyed travel including Hawaii, Alaska, Italy, China (2006), and for their 5th Wedding Anniversary in 2004, an Around-the-World National Geographic Expedition Trip by specialized private jet to many countries and heritage locations including Easter Island, Machu Picchu, America Samoa, Australia, New Guinea, Cambodia, Mt. Everest (a fly over by plane), Bhutan, India and the Taj Mahal, Tanzania and the Rift Valley, England and Washington, DC. Mary Neil and Dick enjoyed spending their later years in the house designed and built by Mary Neil's first husband Quinton and Dick made several significant improvements to the house and property including installing solar power and renewing the landscaping.

A Memorial Service will be held at the First United Methodist Church in Lake Wales on June 21, 2019, at 4 p.m.with special music starting at 3:30 p.m. A reception for friends and family will be held in the Fellowship Hall immediately following the service. A burial of the cremains for immediate family will be at the Lake Wales Cemetery on June 22. Funeral arrangements are being managed by Marion Nelson Funeral Home.