Commissioners Question Why City Hall is Still Closed to Visitors 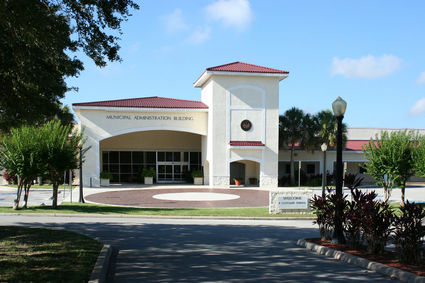 Lake Wales Interim City Manger James Slaton says if your grocery store has an outbreak of COVID-19 among its employees you can always go to another store. But he says there's no alternative if the pandemic impacts a large number of city employees.

That's how Slaton justifies keeping city buildings shut down to visitors, when so many other businesses and government offices are opening.

"There's no replacement for what we do," Slaton said, noting the city is taking a conservative approach to reopening, while expanding technology to make sure it's still serving the public.

"I see no need, no good reason to just open the doors up just because and risk one employee or an entire department," Slaton said. "We're not getting demands and requests and complaints from citizens."

Commissioners at their Sept. 2 meeting questioned Slaton's decision to remain closed and expressed concerns that citizens are frustrated when they come to the city administration building and are not allowed to enter.

"We're smart enough to open; we can take precautions," said City Commissioner Curtis Gibson. "Are the citizens who come to these doors being served?"

Four days after the meeting Gibson said he had spoken to citizens who complained about standing outside city hall in the heat for 30 minutes while waiting to be let inside for a scheduled meeting. He said he thinks the city should bring people inside to a safe area where they can social distance while waiting.

City Fire Chief Joe Jenkins, who is serving as the city's emergency management officer, said 20 percent of the city's employees have tested positive for COVID-19. Slaton clarified the next day that the positive rate was actually 10 percent, but another 10 percent were compelled to quarantine at home for 14 days since they had been in close contact with those who might spread the virus. The city has almost 200 employees.

Jenkins said he is seeing a downward trend in virus cases, but he is concerned about possible outbreaks after people gather to celebrate the Labor Day holiday.

Gibson suggested installing a wall phone at the front door so citizens can at least talk to someone who can help.

Commissioner Al Goldstein said "we need to get the city back working, we are not working right now." He again criticized the city's mask mandate, which he voted against, saying the commission was not listening to citizens and business owners who expressed concern about losing customers.

Goldstein and both Gibsons have been coming to city hall for commission meetings, while Mayor Eugene Fultz and Commissioner Terrye Howell have joined online.

Fultz said he will continue joining meetings remotely because: "I don't like gambling with my life, being 70 years old, a black man with underlying conditions, a great candidate for death."

In a follow-up email, Slaton said to adapt to the virtual work environment the city had spent about $33,000 on technology, most covered by the county's reimbursement for COVID-19 related expenses.

"The good thing is that a lot of what we have implemented over the last few months will stay in place for good as they provide opportunities to increase our level of service to our customers," Slaton wrote, offering examples like Docusign technology that allows people to sign forms over the internet rather than in person, which has expedited processing of customer requests for payment plans for past due bills.

Slaton said less than 20 of the city's approximately 200 employees are working from home, about half of them from the library or history museum. Some others are splitting time between home and work>

"There are a couple of areas, such as utility billing, where the employees work right next to each other and can't be socially distanced, so what we've done is split their schedules and they rotate between working from home and coming to the office," Slaton said. "So for the most part we are fully staffed across the City in terms of who is actually reporting to work in-person. This was not the case in the beginning of the pandemic."

Slaton said he would continue to monitor the area's COVID-19 trends to determine when he can recommend reopening city hall for visitors.