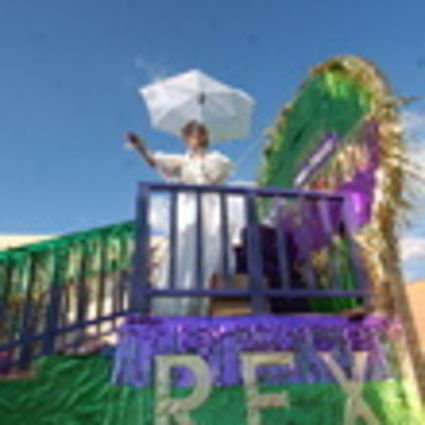 Just in time for the Fat Tuesday celebrations happening across Europe and the Americas, a new Carnival club has been conceived for Lake Wales.

The "Krewe Renaissance" will be a step back in time to the roots of Lake Wales' 35-year traditions of Mardi Gras. They announced plans to sponsor a black-tie-optional masquerade ball, complete with a dance band, food, and drink, to highlight the 2020 celebrations.

"We are conspiring to ramp up the fun for next year!" said a krewe member, adding that parading with floats was also on the agenda.

Balls were once a staple of the Carnival weeks, having been sponsored by a number of krewes including Rex, Pegasus, Atlantis, and the Flocking Flamingos. More casually-themed parties were formerly offered by the Wild Shiners, Oomphous Bacchus, Zombies, and other groups. The new krewe will focus on that lost tradition.

In keeping with the traditional "masquerade anonymity" of Mardi Gras, the announcement was revealed by masked "krewe" members who delivered the announcement to the offices of LakeWalesNews.net.

Lake Wales Mardi Gras began in in 1984 with the formation of the Mystick Krewe of Rex, born of the dying wish of Vinton Davis. Davis was co-owner of Vinton's New Orleans Restaurant on Stuart Avenue, which offered high-end dining and a popular 'Cajun-themed lounge. He had requested that a traditional New Orleans-style "second line" funeral procession bear him to the local cemetery. 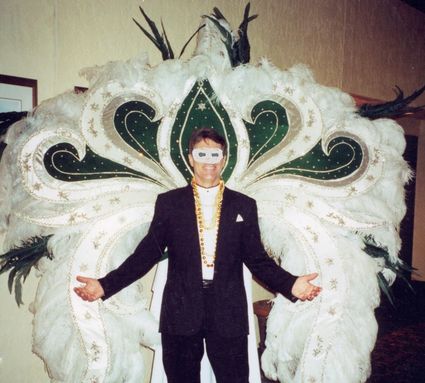 When Vinton's wish could not be granted, a planned Dixieland jazz concert blossomed into the first parade and a masquerade ball. Local scion Charles Tillman, son of a city founder, served as the first "Prince of Wales." Thirty more business and community leaders filled that role over the years, each accompanied by a "Queen of Carnival," before the tradition died

"We will have a new "King of Carnival," promised the representatives of Krewe Renaissance. "The pomp and ceremony will be appropriately restored and serve as a fitting honor for the pioneers who served in the past."

Area residents who would like more information about the Krewe Renaissance, including possible membership, may write to them at [email protected]