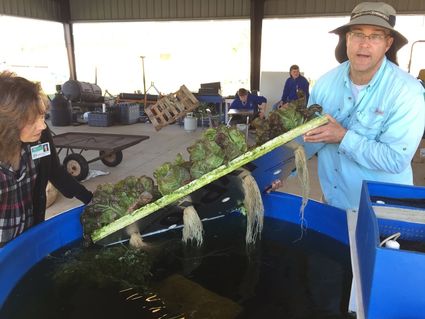 The latest addition to Roosevelt Academy is bubbling with promise.

In a modest 400-gallon tank at Roosevelt's outdoor FFA facility, a small school of gambusia appear to be thriving. As implied by their more common name - mosquito fish - the tiny gambusia are famous for their pest-devouring abilities, and Roosevelt students could help boost their numbers in Polk County.

If all goes well, the Roosevelt team will soon expand their project to house approximately 1,000 mosquito fish and begin breeding them for public distribution through Polk County's Mosquito Control Unit.

"These fish could be used in retention ponds and backyard ponds. They're pretty tough and they're native to Florida," says Ray Cruze, an agriculture teacher at Roosevelt. "What we're trying to do is make this part of our school, and our community."

A similar program exists in Hillsborough County, where residents can receive the fish for free during the summer to use in bird baths, fountains, animal troughs, and other places where water collects.

The new, grant-funded venture is a natural fit for Roosevelt Academy. The school's agriculture program, known as Roosevelt Farms, already boasts a 10,000-gallon aquaponic farm where students raise tilapia, as well as six greenhouses that produce vegetables, herbs and flowers throughout the year.

The verdant complex has been toured by other schools and colleges looking to emulate its success. 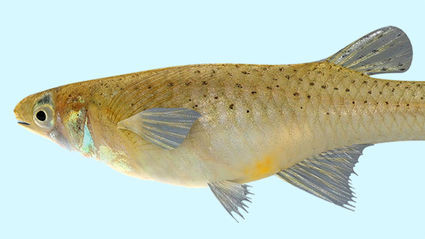 Roosevelt Academy sell its harvests to the public (through the Lake Wales Care Center) and also sustains its operations through the generous support of donors and business partners. In addition, Roosevelt Farms provides a unique educational environment for the school's students, the majority of whom have special needs.

"This is so based in STEM (education). These are real-world applications," Cruze said. "This is what we're always doing here at Roosevelt. It's hands-on."

As for the mosquito fish project, Roosevelt Academy Principal Deborah Kindel sees it as an opportunity for students to "help introduce something that makes people's lives better."

"We're going beyond the classroom to give back," she said.