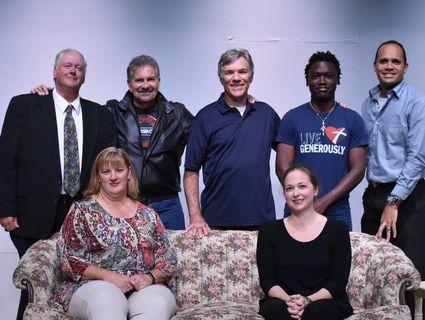 The psychological thriller features a very reluctant "friend" who finds himself dragged into a murder plot by a crazed killer. Faced with a "Hobson's choice," the true-crime writer is pulled deeper as the plot twists and turns.

Directed by Julio Acevedo, the play opens March 15 and runs for three weekends with performances on Fridays and Saturdays at 7:30 p.m., and Sundays at 2 p.m. The final performance is March 31. 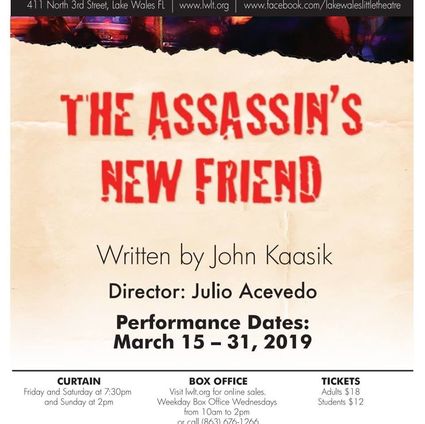 Tickets are $18 for adults and $12 for students and may be purchased, and seats selected, online at http://www.LWLT.org.

Lake Wales Little Theatre is an intimate 135-seat theatre located at 411 North Third Street in Lake Wales, next to the Kirkland Gymnasium, one block east of Scenic Highway, and two blocks north of the Lake Wales Public Library.

The theatre is among the best around, only six rows of raked seating putting every patron close to the action. Fans agree that there is not a bad seat in the house.