Meets with Congressmen in Washington, DC 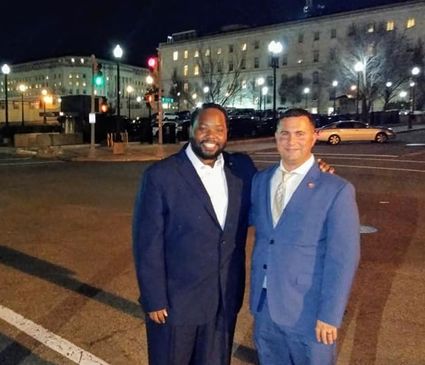 Lake Wales City Commissioner Curtis Gibson made his first visit to Washington, DC this week. But serving on the Community and Economic Development Committee for the National League of Cities left him virtually no time to see the sights.

Instead over five days he attended various workshops for City officials and met with members of Congress to advocate for issues important to Lake Wales.

"They were very receptive to hearing about our local needs," Gibson said. "We talked about a lot of things, but especially the importance of affordable housing, public transportation and Smart Cities technology."

Gibson visited with U.S. Rep. Darren Soto, who has an office in Lake Wales and spends a great deal of time in the community.

"Darren knows Lake Wales and he is always advocating for us at the federal level," Gibson said. 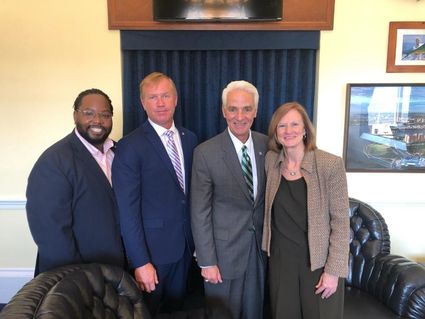 The League of Cities program was packed full with sessions about such things as ethical leadership, finance and budgeting, crime prevention, technology and communications.

Gibson said his committee meeting and the seminar sessions were very informative, but he especially enjoyed the opportunities to network with city officials from throughout the United States. One city commissioner he met is also a contractor so Gibson said they had a spirited discussion about how the City of Lake Wales has chosen not to competitively bid construction projects, but to have an overall contract with one firm.

"He said bidding helps get the best price and we might be asking for a lawsuit from local contractors excluded from consideration," Gibson said. "I think it's something we probably need to keep discussing."