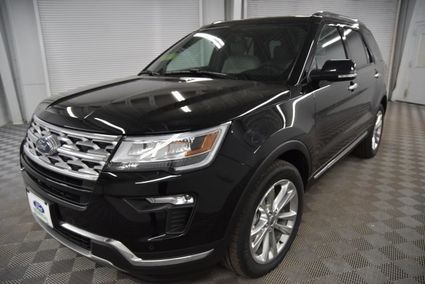 Lake Wales Vice Mayor Robin Gibson gave City staff a stern lecture Tuesday on the importance of full disclosure to avoid the appearance that they are "gilding the lily or hiding something."

His concerns stemmed from the fact that a March 5 agenda item omitted important details: the leased Ford Explorer was for City Manager Ken Fields' use and the monthly cost was nearly double what they had approved for Fields the previous month.

In February Fields asked to use a City car "in lieu of an increased monthly vehicle allowance," saying the cost would be comparable to the $400 he now receives monthly for using his personal car. Leasing the Ford Explorer for five years with a $773.17 monthly payment actually would cost the city $22,390 more than if they stuck to a $400 monthly car allowance. Fields has said he plans to remain on the job for about three more years, so potentially the extra cost related to him could be closer to $13,000.

The agenda item prepared by Assistant City Manager James Slaton was included on the consent agenda, a group of generally routine items often approved in one vote. Nowhere did it say the vehicle was for the city manager. Commissioners only found out when Vice Mayor Gibson pulled the item for discussion. (EDITOR'S NOTE: Slaton's response was received after story published. It is printed in full at bottom of this story.)

Commissioner Curtis Gibson agreed with Vice Mayor Gibson, saying he too was concerned about the lack of disclosure: "When we come here when we vote on the things we vote on – to see a change, that bothers me – a simple email or something could have let us know – just communicate."

Fields said Tuesday driving his personal car was actually costing him money and that he could no longer claim unreimbursed business expenses on his federal taxes. When Fields asked in February for use of a City car, no specific vehicle or terms were discussed.

Fields said Tuesday that the Ford Explorer is the same type vehicle leased for other City staff and that the cost increase was due to it being an open-ended lease giving the City ownership after five years. Going with a shorter term and a closed-end lease could reduce the monthly cost, he said.

In the agenda item, Slaton did say a budget amendment of $4,639.02 would be needed, but that figure was just the additional city manager vehicle cost for the first year. The original value for the 2019 Ford Explorer Limited 4x2 was listed at $41,628. After paying a total of $46,390 in five years the City would keep the vehicle.

Commissioner Terrye Howell suggested the city manager might look for a less expensive vehicle or better lease terms to keep the cost down. Commissioners asked staff to consider options and bring them back.

Fields did not respond to a lakewalesnews.net e-mail request for clarification about whether he intentionally failed to disclose the price difference and that the car was for his use. 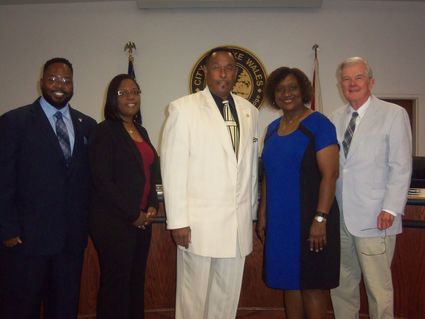 RESPONSE FROM ASST. CITY MANAGER JAMES SLATON RECEIVED MONDAY, MARCH 11: The vehicle leases are always on the consent agenda. Also, I thought it was pretty self-evident who the vehicle was for after the previous meeting where the matter was discussed during his contract renewal, but I also assumed Mr. Fields and the Commissioners discussed all of this prior to the meeting when the vehicle made it on the agenda. All he and I discussed was the cost which came as a surprise. I don’t know the details of Mr. Fields contract and what was approved for him. That’s just not something I keep track of. I was asked to order a particular vehicle and that’s what I did.

Why does City Manger need a car? Doesn't the city have a motor pool?