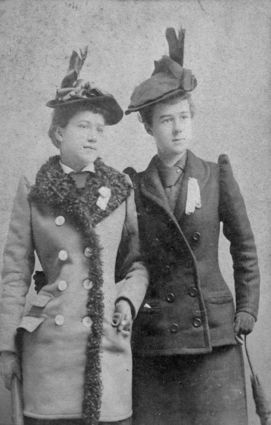 "Florida's Female Pioneers" examines some of the women who have shaped the Sunshine State. Dr. Esther Hill Hawks, a female doctor during the Civil War, visited Florida during the war and ran the first racially integrated free school in Florida during Reconstruction. She wrote lyrical descriptions of the St. Johns River and documented the aftermath of the Civil War in Florida.

Harriet Beecher Stowe is credited with kick-starting Florida's tourism industry with her 1873 book,

Florida First Lady May Mann Jennings, married to Florida Governor William Sherman Jennings, was a suffragist and conservationist who was known as the "Mother of Florida Forestry" and helped establish Royal Palm State Park, which later became the nucleus of Everglades National Park.

This talk focuses on these Florida pioneers and other, lesser known female firsts.