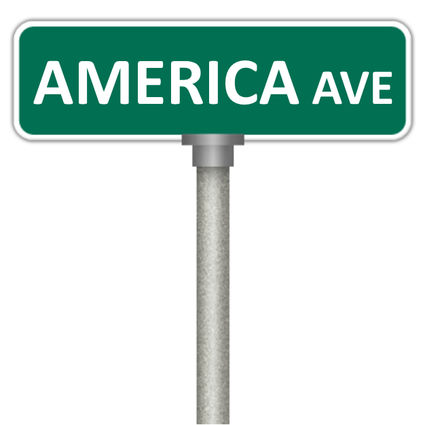 Gibson proposed renaming First Street, the major North-South road through the City. He wants to call it "America Avenue."

Gibson noted First Street is a long road that connects many neighborhoods.

Commissioner Terrye Howell reminded him that the NAACP was shot down a few years ago when they wanted to name a major city road after former President Obama.

Gibson said America Avenue would be a good alternative to bring people together: "Barack Obama is an American and so is Rush Limbaugh."

City Attorney Chuck Galloway said the City of Frostproof recently renamed a road using a resolution. He said he would find out what all would be necessary if he commission wants to go along with Gibson's idea. He said the City Code spells out the process and the only prohibition he knows is a street named for a historical local figure can't be renamed.

City Manager Ken Fields said he would find out how many properties would be affected by an address change and what it would cost.

Gibson said he first raised the idea about three years ago but it didn't get any traction. He thinks America Avenue would be "unique and very descriptive."

Barack Obama served 2 terms as President of the United States and is a Nobel Peace Prize Laureate. Rush Limbaugh is a radio talk show host who makes a living off from divisive rhetoric. It was only a matter of hours before ESPN canned him from being a Monday Night Football commentator due to his inability to control his acid tongue. Equating the 2 in respect to considering the renaming of streets is nonsensical.

In Lake Wales, avenues run east-west, and streets run north-south, so it should never be “America Avenue.” Why not add a name to 60 instead? Every other town along the way gave it a local name.