Over $1 Million to Bartow Firm 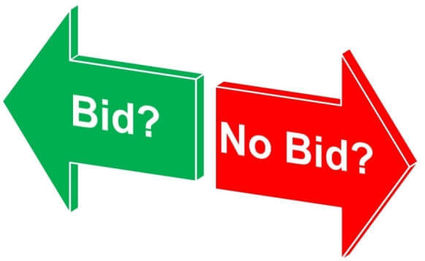 CORRECTION TO PREVIOUS STORY: An earlier story underreported the total projects to SEMCO, citing $1.1 million, but incorrectly stated all projects were awarded without bids. The City did put out requests for proposals on hurricane-related projects, but only one other company bid on one project, the water plant repairs. SEMCO met the stricter FEMA requirements and was awarded the contracts. For the downtown trail project the City received four proposals. One firm retracted their bid, one firm was unqualified to complete the work, and the final firm’s price was almost 50% higher than SEMCO’s. Staff ultimately rejected all bids and is working with SEMCO under the existing contract. We are committed to accuracy and fairness and regret the errors.

To bid or not to bid – that is the question.

In the past two years the City of Lake Wales has awarded more than $1.47 million in projects to SEMCO Construction in Bartow. City Manager Ken Fields also recommended in December that SEMCO be awarded a no-bid $1.28 million project to construct four executive airport hangars, but the Commission decided to explore options before moving forward.

Patterned after a Florida statute, the City Code says it supports the legislative intent and calls for competitive bidding for projects over $35,000. But City Code also allows requests for proposals like the one that resulted in the December 2016 SEMCO contract for the City's renovation and construction services.

Former Mayor and City Commissioner Mike Carter said the two codes are "bumping heads" and that awarding large projects without bids might not be in the city's best interest. Carter and local attorney Sara Jones have publicly questioned the exclusive three-year contract with SEMCO which has the option of two, one-year extensions. A committee of five City staff members chose SEMCO over three other firms that submitted full proposals to manage the city's construction projects.

"Doing business with a Bartow company, giving them hundreds of thousands of dollars in contracts they don't have to bid on, is not in the best interest of all the citizens of Lake Wales and is not going to grow our economy internally," Carter told commissioners.

Jones' research identified a 2003 Florida attorney general opinion she believes should apply to Lake Wales; the City of Mulberry was told it should not add to an existing contract for services in excess of its no-bid minimums. Jones also pointed out that the Lake Wales City Code regarding the awarding of contracts repeats the legislative intent that "fair and open competition is a basic tenet of public procurement" and that "such competition reduces the appearance and opportunity of favoritism and inspires public confidence that contracts are awarded equitably and economically."

Carter's concerns and Jones' legal interpretation ultimately got the attention of Vice Mayor Robin Gibson, also an attorney, who at the March 19 commission meeting suggested the issue needed more discussion.

City Commissioner Curtis Gibson said he also is concerned: "I honestly believe if someone were to sue the City on our procurement process, we could lose that suit. It shouldn't just be all SEMCO. They may be a good company, but it's really a gray area and if someone challenged the City it doesn't look good."

In a March 6 memo to the Mayor and Commissioners, City Attorney Chuck Galloway said Municipal Home Rule allows cities to adopt their own standards for procurement of property and services. Galloway says the City contract with SEMCO is valid since it falls under another section of the City Code allowing requests for proposals.

"There is no illegality associated with the City's contract with SEMCO Construction Inc. for general/building contractor services," Galloway wrote. "I am aware of no case law which would be controlling in this scenario."

Fields said it is not uncommon to have a "master contract, rebid periodically" and that it saves the City time and the expense of the bid process, including engineering and advertising.

"There are not very many companies, I don't know if there are any companies in Lake Wales, capable of contracting for projects over $35,000 – even in Polk," Fields said. "It was implied we are denying opportunities to local business; we are not, there are just not construction firms large enough to handle the size projects we are doing here."

But Carter said he has spoken to at least one local contractor who could handle some of the projects under $50,000 and would like the opportunity to bid for the work.

Larger projects awarded to SEMCO during the last two years without seeking other bidders include $39, 176 in 2017 for $147,235 for the police department roof and soffit; $148,147 for a bundled project that included the City pier, fleet operations, the CSX building and museum; $39,176 in 2017 and $41,950 for two baseball dugouts each year at the Northwest complex; $23,537 for the boat ramp at Lake Wailes; $25,262 for the East wall at the Lake Wales Museum; $24,500 for five jail toilets at the Lake Wales Police Department; $27,017 for mold remediation in the City archive room. SEMCO also completed close to $100,000 in smaller maintenance projects in various city buildings.

The City was required by FEMA to advertise for proposals for hurricane-related projects, but SEMCO was the only bidder for repairs to the Little League concession stand and press box ($42,639), the shade structures at the shuffleboard courts ($36,711) and roof damage at the wastewater plant ($23,385). One other contractor submitted a higher bid for repairs to the Sessoms Avenue water plant. SEMCO was awarded the contract for the downtown trail, which cost $500,144, after one firm retracted their bid, one firm was unqualified to complete the work, and the final firm’s price was almost 50% higher than SEMCO’s.

When the airport hangar project was brought to the City Commission in December Vice Mayor Gibson questioned SEMCO Executive Vice President Jennifer Hall about the company's own bidding practices. Hall said SEMCO obtains competitive bids from subcontractors and submits its own bids for portions of the contract. She said SEMCO itself planned to do about 50 percent of the airport hangar work.

When asked if SEMCO used an independent third party to open the bids, Hall said "no," that it wasn't a requirement of their contract, but going forward they would be willing to incorporate what Gibson called a "good practice."

Fields said he believes the SEMCO contract definitely has saved the City money and expedited projects. The City locked in SEMCO's in-house labor rates and profit margin, its markup for overseeing subcontractors and managing the projects. 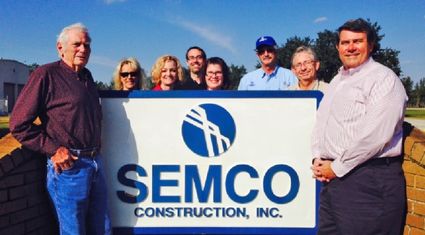 Assistant City Manager James Slaton said while SEMCO determines each project's cost, the pricing is independently reviewed by two engineering firms: "It's not that we take SEMCO's price and that's it." The $1.28 million proposed contract for airport hangars was nearly $450,000 higher than originally estimated, but Fields said the City's airport consultant, Hoyle, Tanner and Associates, confirmed that the construction cost submitted by SEMCO was "in line with industry standards."

Vice Mayor Gibson pointed out that while the markup might be fixed, if the subcontractor prices were higher the project might still be costing the City more than necessary. He said he wanted to make sure the commission could assure taxpayers they were getting the best price.