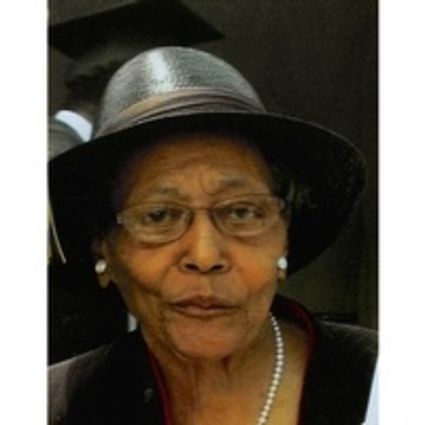 Isabelle G. Brown, 93, of Nalcrest passed away Wednesday, March 27 at The Grove Center in Lake Wales.

She was born November 8, 1925 in Orange, VA to the late John and Edna (Minor) Gordon. She has been a resident of the area since 2014. She was a homemaker and a member of the Promise Land Baptist Church in Washington, D.C.

She is preceded in death by her husband Lee O. Brown, sister Madeline Washington, 2 brothers James Gordon and Carroll Gordon.

She is survived by her son Thomas Gordon and wife (Antonia) of Laurel, MD, daughter Barbara C. Holloway and husband Robert of Nalcrest, son Kenneth Brown of Upper Marlboro, MD, 10 grandchildren, 14 great grandchildren and many nieces and nephews.

Services are pending at this time. Marion Nelson Funeral Home in Lake Wales is in charge of arrangements.