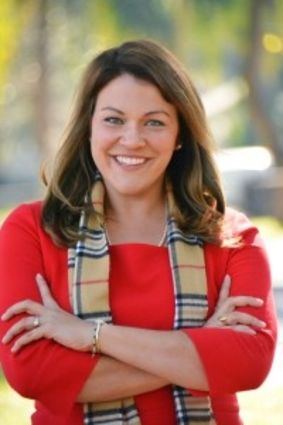 United Way of Central Florida will have a new president and CEO April 1. The Board of Directors named Christina Criser Jackson to lead the organization.

Criser Jackson, vice president of resource development, began her career at UWCF in 2008 as the Director of the Leadership Giving Association.

In 2012, Criser Jackson was named Vice President of Major Gifts and Young Leader Engagement. She was named VP of Resource Development in 2015.

"Christina knows the ins and outs of this United Way," said Don Selvage, UWCF Board Chair. "I'm pleased to see someone of her caliber rise through the ranks of this organization and step up to this role."

In addition to her United Way involvement, Criser Jackson has been a member of the Junior League of Lakeland since 2009 and an Association of Fundraising Professionals Florida Caucus since 2016. Criser Jackson was also accepted into the Advanced Leadership Program with United Way Worldwide earlier this month.

"I can't express how grateful I am for this opportunity to continue improving lives and strengthening my community," Criser Jackson said. "United Way of Central Florida is a powerful force for good. I'm positive that, with the help of the UWCF staff, partners and board members, we can make an even greater impact."

Shirley Balogh has been serving as Interim President and CEO during the search process. She said she is looking forward to relaxing and golfing.

A philanthropic leader locally and regionally, United Way of Central Florida works to improve lives and strengthen our communities. They focus in the areas of education, income and health because these are the building blocks for a good quality of life and to bring people and organizations together from all across the community. United Way of Central Florida leads and works collectively on solutions to our most pressing community needs. To learn more, visit http://www.uwcf.org.