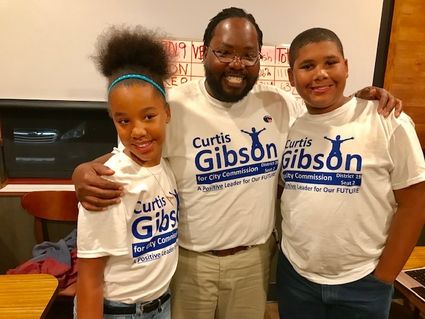 City Commissioner Curtis Gibson coasted to victory with more than 63 percent of the vote, beating political newcomer James Tucker by 1,110 votes to 637.

Mayor Eugene Fultz had a closer race winning 55 percent of the vote to claim his third term over challenger Bob Wood, with a final vote of 995 to 818.

Nearly 59 percent of the voters approved the charter change, which impacts the mayor this year and goes into effect next year for commissioners. Gibson and incoming commissioner Al Goldstein, who was elected without opposition, will serve two-year terms.

"I am thrilled to be able to continue serving the community I love," Gibson said. "I am grateful for my supporters and the voters who are trusting me to represent them for two more years."

Gibson raised about $4,600 and spent the majority of it on mailings to those requesting mail-in ballots and identified "supervoters" who can be counted on to vote in every election. The other three candidates raised and spent less than $1,000 each.

"With just six weeks to run a campaign we felt mailing was the best way to reach the voters," said Gibson, noting he also attended many community events to meet and talk with citizens. 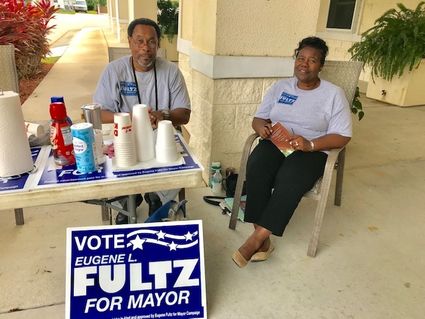 Wood ran a strong grassroots campaign, but it wasn't enough to beat a well-known incumbent mayor, who has been the face and voice of the city for the past six years.

"I really wanted to win this one," Wood said, but admitted he recognized how difficult it is to beat an incumbent. "I'm only just 50 years old so I'm not done yet."

Fultz said he expected to be returned to office if voters felt he was doing a good job. A minister, Fultz said he also just turned the outcome over to God. "I didn't campaign hard and I didn't spend a lot of money."

Tucker said he felt good about how he did since it was his first entry into politics and said he might consider running again in the future.