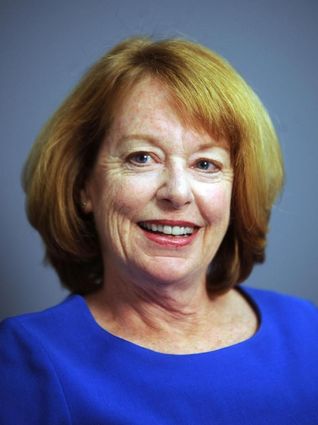 Supervisor of Elections Lori Edwards will discuss restoration of felons' voting rights, redistricting and other voting issues at the April 17 meeting of Polk County Tiger Bay. The luncheon buffet opens at 11:45 a.m. and the meeting begins at noon at the Bartow Civic Center, 2250 S. Floral Ave.

Florida Amendment 4, also the Voting Rights Restoration for Felons Initiative, is an amendment to the Constitution of Florida passed by ballot initiative on November 6, 2018, as part of the 2018 Florida elections. The proposition restored the voting rights of an estimated 1.4 million Floridians with felony convictions after they complete all terms of their sentence including parole or probation. The amendment does not apply to Floridians convicted of murder or sexual offenses.

The campaign was sponsored by the Florida Rights Restoration Coalition, and had bipartisan support from the American Civil Liberties Union, Christian Coalition of America, and Freedom Partners. Amendment 4 passed with 64.55% of voters in favor; 60 percent was required.

As Supervisor of Elections, Edwards holds an elected, non-partisan office for a four-year term. She was elected to this post in November 2000. Her duties include administering county, state, and federal elections, maintaining accurate voter rolls, providing voter registration, campaign finance, and turnout information to the public.

Edwards also provides educational programs in schools and to community groups and offers mobile voter registration. The Supervisor of Elections qualifies candidates running for county offices and receives campaign finance reports. Lori also serves as a member of the Polk County Canvassing Board for all elections in which she is not a candidate.

Reservations for Tiger Bay are due by April 16 and can be made online and paid at https://www.tigerbaypolk.com/index.php/reservations, or by emailing [email protected] or calling 863-640-5357. Cost is $15 for members and $25 for non-members. Meetings are open to members and a non-member may attend once before membership is required. The annual membership fee is $100.

Tiger Bay Clubs exist throughout Florida as a forum for those with an acute interest in politics and public affairs. At monthly luncheon meetings, members of the "most fearless political club" hear from politicians, elected officials, and public affairs experts. Debates and presentations are followed by "no holds barred questioning" by Tiger Bay Club members, Polk County leaders who have a flair for people, a passion for politics and an interest in current affairs. The Polk Tiger Bay held its inaugural meeting on Feb. 18, 2004.