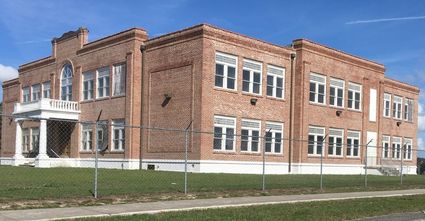 Downtown revitalization may have a domino effect and breathe new life into the old Lake Wales 1919 school building. City Manager Ken Fields told city commissioners April 16 that during the budget process this year he wants to talk about what to do with the city's red brick two-story structure that housed Lake Wales students for decades.

Fields said city officials were waiting to see the recommendations of urban planners Dover Kohl, expected in June, which he believes could impact the 1919 building.

"Probably as part of that we're going to have to get serious about going out with an RFP (request for proposals) for reuse of the building if that's possible and seeing what kind of interest we get," Fields said. "If we get more interest in downtown, that building obviously becomes even more valuable to somebody."

City Commissioner Curtis Gibson at the April 16 meeting asked for an update and whether the city had treated the building for a termite infestation, he has been asking about for about a year.

"Structurally it's safe, it's been sealed up," Fields said. "The termites, it'll take them a long time before the building is going to fall down. It is infested, we know that, but structurally it's sound."

He said the building has been sealed to prevent water damage and the roof is in good shape. He confirmed that eventually the building will need to be tented to kill the termites, but in the meantime the city is having it sprayed by a pest control company.

The Lake Wales Charter School system dropped its request last year for the city to donate the entire complex at the southeast corner of Seminole Avenue and 3rd Street, which they considered turning into a campus for Bok Academy North. The charter school system was awarded a $500,000 state historic preservation grant to restore the old cafeteria building, but the funding went away when the city never released ownership of the property. The city did shift ownership in 2017 to its own Community Redevelopment Agency, which would have more flexibility and the authority to donate or sell the property. Lake Wales Care Center Executive Director Rob Quam reportedly toured the building last year but hasn't brought forth a proposal for using the building. Quam said his visit was not for the Care Center, but in support of potential developers who might want to convert the building for housing and a possible community meeting space.

The 1919 building was mothballed in 1974 when the Polk County School Board opened the new Lake Wales High School off Burns Avenue. Arsonists burned down the main high school building in July 1977, but the adjacent 1919 building was unharmed. 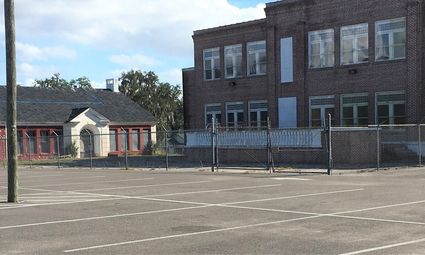 Still referred to as Hardman Hall, the 1919 building fell into disrepair with broken windows and other vandalism. The City has contracted for some inside renovation work and placed acrylic panels over windows to discourage breakage.

Other buildings in the complex include an old school building leased by the Boys & Girls Club, the old high school band building leased by Lake Wales Little Theatre and the Kirkland Gym, which the city maintains for community recreation.