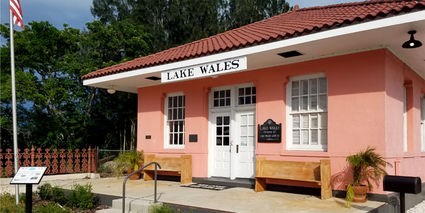 To obtain the funds, the City must agree to spend $74,995 in matching funds, which Museum Director Jennifer D'hollander says can be done within the planned city budget allocated for museum salaries, facilities and programming.

The grant application is due Friday and was approved by the City Commission at the April 16 meeting. City Commissioner Curtis Gibson called the application "awesome" and praised D'hollander for pursuing funds to promote Lake Wales. Grant funding comes from the local tourist tax on hotels and other short-term accommodations and is targeted to increase visitors to Polk County for arts, historic and cultural events. Half of the TDC grant funds must be spent on out-of-county promotion.

"The Museum will host four original, one-of-a-kind national and internal exhibits which showcase a variety of diverse topics and themes," D'hollander said in the grant application. "These exhibits represent the best of professionally curated and national traveling, along with internally-designed and researched exhibits using the LWM permanent collections documents, objects and photographs."

D'hollander has crafted a series marketing plan that includes $6,200 for graphic design, banners and postcards along with $39,990 in out-of-county advertising and $36,445 for in-county promotion. She plans to purchase a variety of print, radio, TV, digital and specialty publication advertising.

In the application, D'hollander said 6,553 people visited the Museum in 2018. So far in 2019, that number has reached 11,313 and she estimated about 25 percent are from outside Polk County. Growing attendance over the next seven years is a big part of the Museum's new strategic plan, which calls for increased historic preservation, engagement and awareness building.

Using the Arts and Economic Prosperity calculator produced by Americans for the Arts, D'hollander estimates visitors to the museum series will contribute about $330,000 to the local economy. She has forged partnerships with a local bed and breakfast and area hotels, who wrote letters of support for the grant application.

The first planned exhibit in the series is "Keeping the Faith: History of Worship in Lake Wales" Oct. 22, 2019 to Jan. 18, 2020, covering the history of the oldest places of worship in Lake Wales, their social and cultural impact, and ongoing religious traditions and treasures of Lake Wales.

From Jan. 28 to March 14 the Museum plans to showcase "Spirited: Prohibition in America" by The National Constitution Center. This exhibit explores the history of Prohibition, from the dawn of the temperance movement to the unprecedented repeal of a constitutional amendment in 1933. What made the country go "dry" and how did America change during this period in history. Visitors to Spirited will learn about the amendment process, the role of liquor in American culture, the cultural revolution of the roaring '20s, and how current liquor laws vary from state to state today.

"Infamy: December 7, 1941" by the National WWII Museum is the third exhibit, scheduled for March 28 to June 27, 2020 Through iconic photographs, the exhibit illustrates the attack on Pearl Harbor and examines the moments that led the United States into World War II. 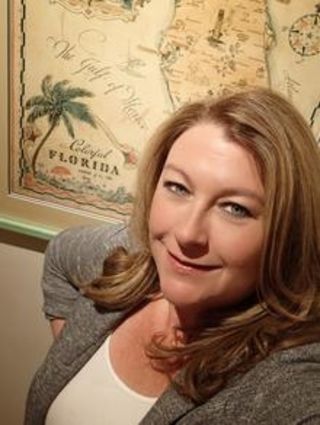 The fourth in the series is "Florida Before Statehood," scheduled for July 7 to Sept. 26, 2020, a Museum of Florida History exhibit examining Florida's rich and distinctive history and cultural diversity, from first Floridians and early colonies to European explorations and journeys seeking freedom. This exhibit explores the development of Florida, marking 500 years of Florida's history since the landing of Juan Ponce de León and the naming the state La Florida.

Owned and operated by the City, the Lake Wales Museum is located in a restored 1928 Atlantic Coastline Railroad Station, located at 325 S. Scenic Hwy. The Mediterranean style train depot is listed on the National Register of Historic Places. Admission is free and the museum is open to the public from 9 a.m. to 5 p.m. Tuesday through Saturday.