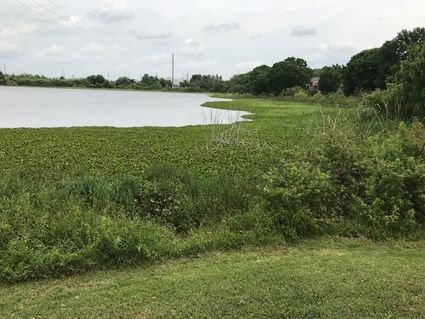 EDITOR'S NOTE: This story has been updated with information about five other lakes needing invasive plant removal.

The City of Lake Wales soon will be paying $26,000 to have invasive weeds removed from two local lakes. Eventually the cost to rehabilitate Lake Weader, Crystal Lake and five more lakes could reach over $1 million, according to city Parks Superintendent Vincent Crawford.

City Commissioner Terrye Howell at the April 16 meeting asked for a status on the removal of the "lake flowers," referring to water hyacinths on Lake Weader, located just north of Central Avenue on the east side of U.S. 27.

City Manager Ken Fields said contracts had been approved for the weeds to be cut and removed, rather than sprayed, and the work would begin soon.

"Vegetation that decomposes on lake bottoms contributes to poor water quality conditions of the lakes," Slaton said. "Harvesting is the preferred method and helps to restore the overall lake health."

Crawford said the entire project will be done in phases over the next few years; other lakes targeted for weed removal include Cooper Lake, Spook Hill Lake, Lake Alta, Twin Lakes and Lake Wailes.

"Taking control and maintaining the health, quality, and aesthetic value of our lakes is one of our top priorities," Crawford said. The invasive plants in Crystal Lake include torpedo grass and common cattail grass, while Lake Weader's infestation is primarily water hyacinths. Crawford said removing the invasive plants and debris will improve aesthetics, flow, fish and wildlife and/or navigation. 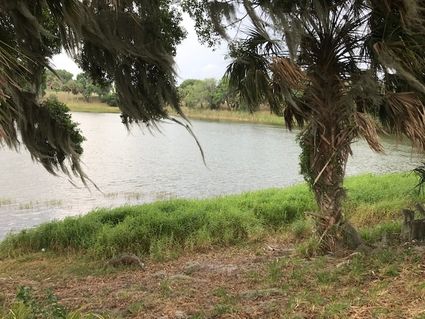 Invasive torpedo grass and common cattail grass on Crystal Lake will be cut and removed.

According to the Florida Fish and Wildlife Conservation Commission (FWC), water hyacinths are one of the most aggressive invasive weeds and their floating leaf clusters can actually double in size within two weeks by sending off short runner stems that develop new plants.

Invasive weeds can damage fish populations by lowering dissolved oxygen concentrations and provide ideal breeding grounds for mosquitoes, according to the FWC.

The FWC website says one acre of water hyacinth can yearly deposit as much as 500 tons of rotting plant material on the bottom of a waterway, and the floating canopy can shade out native submersed plant species and can uproot native emergent species that are important to wildlife.

The floating water hyacinth, native to South America, was introduced into Florida in the 1880s and covered more than 120,000 acres of public lakes and navigable rivers by the early 1960s. Because of their aggressive growth rate, water hyacinths are illegal to possess in Florida without a special permit.