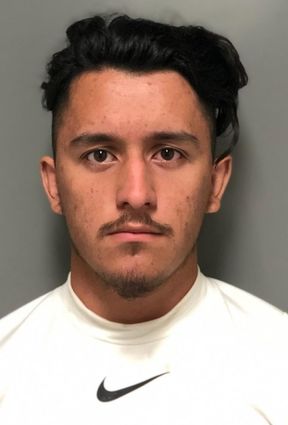 Lake Wales Police detectives arrested a 19-year-old Frostproof man Friday, April 26 after they say he arrived at a location believing he was there to meet a 13-year-old girl for sex.

After being alerted by a McLaughlin Middle School administrator, who saw a 13-year-old student with an adult male several blocks from school that morning, police talked to the girl and learned she had been communicating with the man on social media for about a year. She also told police the man had sent her explicit nude photos of himself, discussed various sex acts and that they had sexual intercourse that morning.

A police detective, posing as a child, began communicating with the man and arranged a meeting with him. When he arrived police took him into custody. They said he admitted to the relationship and to sexual intercourse with the McLaughlin student that morning.

Police said the case was an excellent example of alert school staff and law enforcement working together as a team. They are asking anyone with information regarding this case to contact Detectives Ive Rodriguez or Whitney Dukes at 678-4223. Those who wish to remain anonymous you can contact Heartland Crime Stoppers at 1-800-226-TIPS (8477).