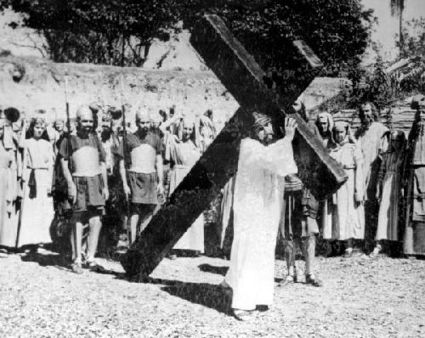 Josef Meier as Jesus carries the cross during Passion Play 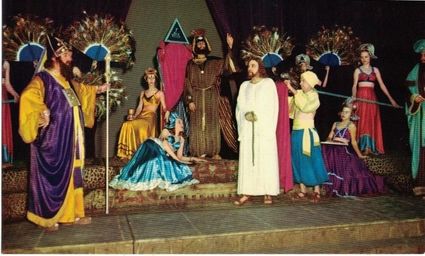