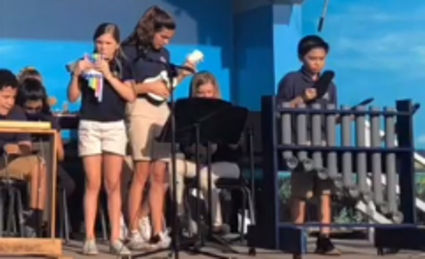 The Lake Wales Charter school's "Renaissance Knight" didn't look back at history but instead provided parents and friends a chance to hear and see the talents and skills of hundreds of middle school students who sang, played and even showed off their television production skills.

Beginner and advanced orchestras from both Bok North and South performed on the outdoor stage at Bok South, along with school choirs and even the steel drum band.

Students wrote CODE – a series of instructions that tell computers what to do – as part...