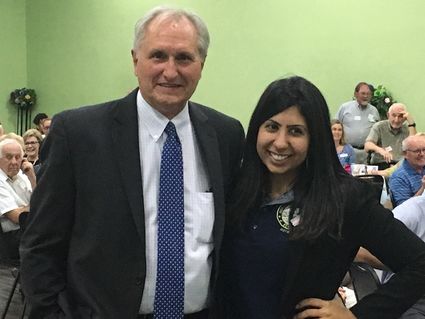 A suggestion that Florida's capitol be relocated to Polk County got a rousing response at a dinner at Lake Ashton on Saturday. The proposal was floated by Rob Lorei, the long-time host of "Florida This Week," a political-affairs show aired on WEDU television.

Complaining of the isolation of the Florida Legislature from the bulk of the state's citizens, Lorei said that elected officials count on the long distances and shrinking press coverage to pass measures on behalf of special interests, rather than the general public.

Lorei was the keynote speaker for a large gathering of Polk County Democrats, who enthusiastically responded when he suggested that the capitol be moved to Lakeland. "It takes me over four hours to drive to observe our Legislature," the Tampa-based reporter said. "If I fly, I often have to go through Miami or Atlanta." 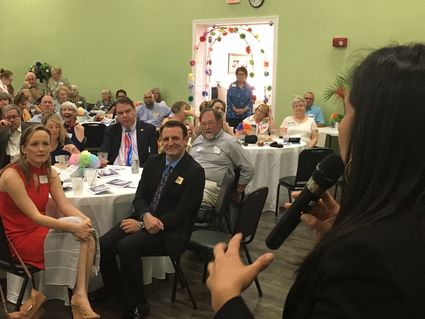 "Tallahassee is closer to the major population center of Alabama and Georgia than those of Florida," Lorei pointed out, which allows the Legislature a degree of separation from public input and oversight. Even city and county officials rarely visit the capitol more than once a session, even though bills impacting local governments are often debated and passed.

In addition to hosting the popular weekly television show on WEDU, Lorei has served as the news and public affairs director at WMNF, a non-profit community radio station in Tampa. Lorei helped found the station about 40 years ago. He was fired from that post in February, only to be rehired after a public and donor outcry.

Joined by State Representative Anna Eskamani of Orlando, the large crowd in attendance at the "Swing Into Spring" event enjoyed an evening of heavy hors d'oeuvres and dancing. Eskamani shared her own experiences in Tallahassee during the current session and expressed frustration at a process that seems far-removed from citizen input.