Performing May 4 in Tribute to Modern Jazz Quartet 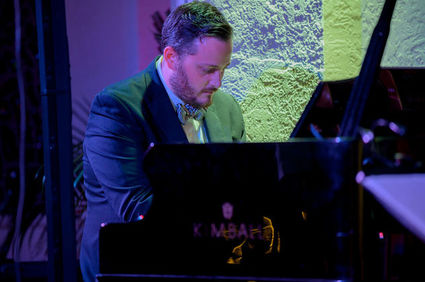 The Lake Wales Arts Council is excited to announce that Executive Director Andrew Allen will be performing a tribute to the Modern Jazz Quartet at 7 p.m. May in Updike Hall. We had a conversation with Andrew on his career, accomplishments, and inspiration. We hope you enjoy this interview!

How has the Modern Jazz Quartet's music influenced your career as a musician?

I first heard of the Modern Jazz Quartet when I was studying for my Bachelor of Music degree at the University of South Florida. Due to my classical upbringing, I wasn't really exposed to small group jazz ensembles until college. I had plenty of opportunities with our high school's big band, which originally informed me about the art form. I fell in love with the MJQ when I heard John Lewis' original composition Django. Pandora (the music streaming service) was in its infancy and I was an early adopter. I was listening to a Duke Ellington inspired radio station and the Modern Jazz Quartet came on the station. The melody sounded like a funeral dirge and then went into one of the hippest vibraphone solos that I've ever heard. Milt Jackson's bluesy approach to the tune was so fun to listen to. Then John Lewis began his solo and I was blown away. As a classical pianist transitioning into the Jazz world, I was instantly in touch with his semi-classical approach to improvisation. His solo was not as "Jazzy" as Milt's, but it was still swingin' and easy to follow along. As an aspiring Jazz musician, this was my first experience making a connection between the music that I grew up on and the music that I fell in love with in college.

Why did you choose to perform a tribute to the Modern Jazz Quartet at the Lake Wales Arts Center?

As we close out our 2018-2019 Concert Series, it was important for me to expose our community to a variety of musical styles and genres. The Modern Jazz Quartet helps bridge the gap between classical and jazz. The combination of baroque influence and blues feel allows this concert to be a bit more accessible to the Lake Wales area. We have a considerable amount of classical aficionados in Lake Wales, so this concert is a great opportunity to share my love of jazz with our classical music fans.

What is the significance of performing tributes to iconic groups like the Modern Jazz Quartet in communities like Lake Wales?

Exposure! Performing tribute shows of significant jazz artists and ensembles allow the Lake Wales Arts Council to further our mission of cultural enrichment. We are aiming to educate our audience about the importance of Jazz through great moments in the art form's history. The other goal is to bring exposure to great regional artists. We have an incredible amount of talent in our area, so it's equally significant to share their talents with our Lake Wales residents.

If you could pick one pianist who has influenced your career, who would you chose and why?

This is a hard one for me. My approach to jazz is a mixture of my own experiences. My early influences include Dave Brubeck, Oscar Peterson, and Bill Evans. All three of them have been an inspiration to my performance at the piano. Dave's rhythmic approach to music has been a cornerstone of my own compositional techniques. Oscar Peterson's virtuosity has inspired me to KEEP PRACTICING, no matter how many times I believe I don't have to. Bill Evans harmonic stylings are used by quite a few jazz pianists, including me. I am also a Hammond B3 organist, so my bluesy influences derive from the likes of Jimmy Smith, Groove Holmes, and Bobby Floyd. On top of all of this, I still find that most of my improvisational ideas come from horn players. Miles Davis, John Coltrane, Clifford Brown, Charlie Parker, Hank Mobley, and so many more. To make a long story short, I don't have just one pianist that influenced my career, but rather a hodgepodge of great jazz artists from the 20th century; which in and of itself is the essence of jazz.

What is your most memorable performance as a jazz musician? 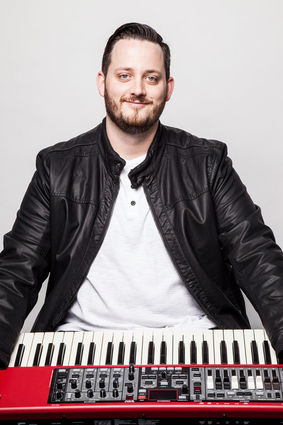 I've had a lot of great experiences during my career. I headlined the final Jewel of The Ridge Jazz Festival in Lake Wales and I've performed in Germany at the Dusseldorf Jazz Festival. The most memorable has to be my first performance at a convention in Utah. When my career started, I decided to create jazz versions of pop culture themes. My sophomore album was a collection of video game themes titled Free Play. We recorded the album at Wildwood Studios in Nashville and it features Byron House, Truman House, and George O'Neill III. The album was supported on Kickstarter and was debuted at Nerdtacular 2013 at Snowbird Resort. We had a packed crowd and it felt like we were rockstars on stage. Everyone was so engaged in what we were doing, which was so incredible. Up to this point, I used to perform as background music for parties and other corporate events. This was one of the first times that people actually paid to see me perform. Needless to say, I was hooked after that.

Tickets to the Tribute to Modern Jazz Quartet Concert are $10 for students, $20 for Arts Council Members and $25 for non-members. They can be purchased at https://centralfloridatix.com/events/mjq/tickets