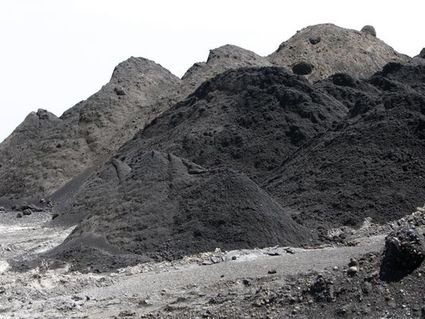 One hundred thousand tons of coal ash being hauled from Puerto Rico to a Central Florida landfill have resulted in a raging controversy that affects Lake Wales, as a candidate tied to the project seeks to represent the city in the Florida House.

The coal-ash controversy led to more than an hour of agitated public comments at a recent County Commission meeting in Osceola County. At that meeting Commissioner Fred Hawkins Jr. found himself the target of much of the ire.

Hawkins, who is seeking the District 42 Florida House seat that includes most of southeast Polk, abstained from the April 1 vote that approved the deal, but stands to profit from it because his family receives landfill royalty payments. Hawkins is a former manager of the landfill, and has received campaign contributions from Waste Connections, the landfill operator.

The controversy deepened when a public records request revealed that the coal ash had already been shipped from Puerto Rico, and was hours from being dumped in Osceola, before the item was added to the County Commission's agenda.

The coal ash is being shipped through Manatee Bay and trucked across Polk County to a private landfill. Coal ash is a regulated substance which may contain lead, cadmium, mercury, chromium, selenium, and arsenic, and requires disposal in a lined landfill.

The original vote was added to the Commission's agenda late, and the public received little or no notice of the addition. When the story was first reported in the Osceola News Gazette it immediately aroused a coalition of ranchers, rural residents, and local environmentalists. Several mentioned fears that strong winds could spread the ash over a wide area.

At Monday's commission meeting Commissioner Peggy Choudhry moved to rescind the approval, only to be informed by the county attorney that it had been a contract amendment and couldn't be revoked. That only further angered residents.

"People are upset...because of the lack of transparency," said potential general-election opponent Barbara Cady. "Hawkins is trying to downplay the dangers of this," she added.

Referred to as "coal combustion residuals," or CCR, the Federal Register describes limitations on its disposal that include "restrictions relating to placement of CCR above the uppermost aquifer, in wetlands..." The Osceola landfill is located about 30 miles east of Lake Wales in an area rich in bayheads and cypress domes.

The waste is being brought to Florida because Puerto Rico has no lined landfill available to receive ash from the AES electrical generation station near Guayama. Osceola County will receive a payment of two dollars per ton, or $200,000, for the disposal approval.

Cady is a member of Friends of Split Oak Forest, which is party to a lawsuit that is seeking to protect a joint Orange-Osceola conservation parcel known as Split Oak Forest from a proposed toll-road extension of the Osceola Parkway.The lawsuit charges that then-commission chairman Hawkins led the Osceola commission to approve the road route without allowing public comment, a violation of law. Hawkins was simultaneously serving as chairman of the Central Florida Expressway Authority. The proposed road would serve new developments, including a massive new project at Deseret Ranch.

The local residents need to be aware of the political practices of Fred Hawkins, Jr. aka Fred Hawkins running for HD42 in your area. He has hurt the residents of Osceola County in so many different ways - Coal Ash from Puerto Rico, he fought for higher taxes, he’s overdeveloped our County with his friends building projects, he’s heavily involved with ruining our conservation area “Split Oak”, we are in a mess with traffic issues and no other access routes to take. Definitely study up on him before you vote in 2020. You will be quite surprised when you see all of the problems he has caused here for so many people - elderly, families and children. Osceola County is ready for a definite change!