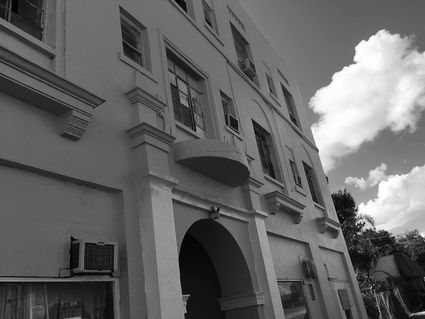 Lake Wales city staff members and the proposed developers of the historic Seminole Hotel gathered for their first official meeting to outline necessary steps to move the project forward.

Bangley brought four staff members to the May 30 meeting with Brown, while Brown's partner South Florida Architect Rick Gonzalez and project manager Darrin Engle joined by conference call. The meeting was recorded at the request of Vice Mayor Robin Gibson after city commissioners expressed concerns about hearing different stories from Bangley and Brown.

Bangley pledged the cooperation of city staff to allow the developers access to the historic hotel to clean it out so they can do their due diligence before making a final purchase decision. But she said she will require permission from current owner Cardiff Howell and the appropriate liability waivers.

"As far as access prior to purchase that's something we'll have to get creative with to protect everybody," Bangley said. "Whether we have a hold harmless agreement or not, I don't want anybody to get hurt. I had a staff member almost die in there."

Bangley walked the developers through the process her office requires and she pointed out other possible areas of concern, including asbestos in the building and the area's lack of parking. She said the current comprehensive plan only permits 12 units per acre, which obviously would need revision to accommodate the proposed housing project, noting density requirements cannot be waived. She said she plans to include funds in the next budget (effective Oct. 1) for a full review and amendment of the comprehensive plan. The developers want to create 30 "microunit" apartments on the second and third floors of the old hotel, which sits at 207 N. 1st St. on less than one third acre, according to county property records.

One possible solution they discussed was rather than apartments, operating the Seminole as a hotel with month-to-month, longer-term stays that might appeal to college students or snowbirds. The R1 hotel designation does not have the 12 unit per acre density restriction.

Gonzalez was upbeat during the meeting and described the recent visit he and Brown made to visit Victor Dover, head of the city's urban planning consultants, Dover Kohl and Partners in Miami. He said he liked Dover's conceptual drawings for a Seminole Hotel redevelopment and thought he could make additional cosmetic improvements, including possibly more awnings. Gonzalez said as vice chair of the Florida Historical Commission and restorer of historic buildings for more than 30 years he has worked closely with Dover and like Brown they share "an appreciation for historic preservation and old urbanism, bringing that type of living back to cities and towns in Florida."

He said they also are environmentally conscious: "The greenest building is a historic building that you don't have to demolish. You just salvage, reuse it and put it to use and right away you're going to get green designation, because you're not taking all that to the local dump, you're salvaging and reusing it."

Bangley said she expects the upcoming report by Dover Kohl regarding redevelopment of the historic downtown and northwest business district to include recommendations that might require additional changes to the comprehensive plan or other city regulations. Gonzalez offered his expertise working with many cities to help find ways to make necessary changes. Because the hotel has been condemned and the current owner hasn't moved forward with a viable development plan Bangley said the city obtained an asbestos assessment and is proceeding with getting bids for demolition, which ultimately would require approval of the city commission. "In the long run we'd rather not lose this structure if we don't have to but none of us want the structure in the condition it's in," she said.

Gonzalez said based upon his team's first cursory visit to the Seminole he feels good about moving forward with redevelopment, but they obviously will need more access before they move forward with a million dollar investment. He reviewed the assessment and said asbestos abatement wouldn't be a significant concern. 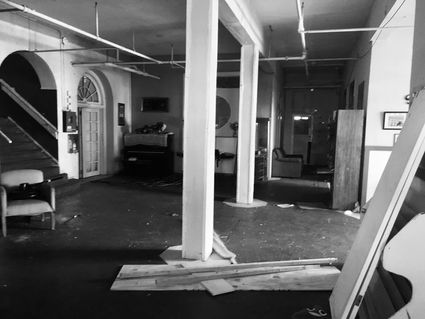 "We're not scared of these kinds of projects. We find them challenging and rewarding. We've done very challenging historic buildings that were going to be demolished and turned into park land," said Gonzalez, noting the project would help address the shortage of affordable housing, especially for students and senior citizens. He said he sees First Street as an important link between downtown and the northwest district, noting once the project moves forward he expects it could be completed within six months.

Brown told Bangley he would need full access for at least 4-5 days to get dumpsters and clean out the building, to "peel back the onion" to look for hidden damage. Gonzalez said Brown would be their "boots on the ground," overseeing the cleanup, with the proper insurance and licensed workers.

"You guys sound very serious about moving forward and doing this and we will do what we can to help – it's going to take good communication on all sides," Bangley said. "We look forward to helping you move forward, Ray."

Debris Removal Plan and Next Steps for Seminole Hotel

Lake Wales City Planning and Development Director Kathy Bangley told city commissioners June 4 that she had approved a plan submitted by developer Ray Brown and he would begin debris removal at the Seminole Hotel on Thursday, June 6. Here is the plan she shared with commissioners:

• Provide city with letter from building owner Cardiff Howell authorizing cleanup of debris from the building.

• Order dumpsters for disposal of the debris from Republic Services (approx. 5-7 loads)

• Republic services will pick up full containers and drop empty containers, there will be a lag time of 2-4 hours between containers that we will clean up/ organize, maybe break for lunch.

• Metal items will be picked up by a metal recycler.

• Some items will be donated to the care center or to individuals, so as to reduce unnecessary waste.

Once debris removal is complete, REG Architects (Rick Gonzalez) will:

City of Lake Wales agrees to:

• Look for creative ways to address any code or regulation issues