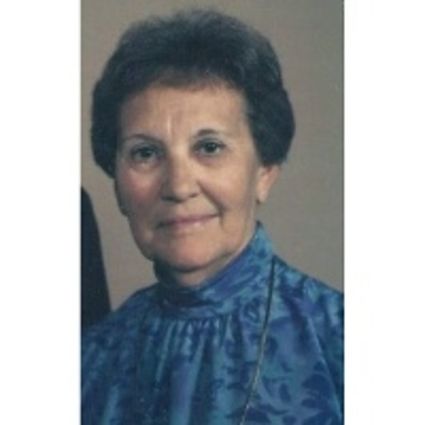 She was born September 24, 1921 in Chambersburg, PA to the late Robert C. and Jennie (Moser) Funk. She has been a resident of Lake Wales since 2004 moving with her husband Mark from Pennsylvania. Alma was a homemaker and member of the First United Methodist Church in Lake Wales.

Alma graduated from Chambersburg High School in 1939 where she was known by family and friends for her beautiful voice, having been active in both her church and with her high school dance band, The Rhythm Kids. All her life, she enjoyed golf and traveling with her husband Mark as well as family and friends. She was an avid reader, enjoyed doing crossword puzzles, and loved watching baseball.

Visitation will be held 10 a.m. Monday, June 3 with service immediately following at the Marion Nelson Funeral Home, Lake Wales. Private family Interment will be at Tuesday, June 4 at the Florida National Cemetery in Bushnell, FL.

Condolences may be sent to the family at http://www.marionnelsonfuneralhome.com. The family requests that any memorials may be made to the Lake Wales Care Center (lakewalescarecenter.com)