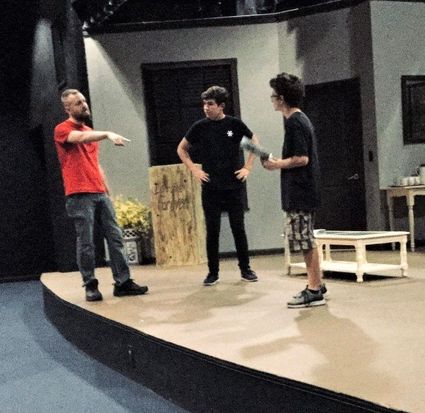 "The play reveals what happens when you mix the Greek gods with reality television," explains Robby Hartley, director, about the teen production written by Jonathan Yukich and produced by arrangement with Eldridge Publishing Company, Venice FL. "This is the best cast we've had in seven years, as far as talent goes. I'm not the easiest director to deal with and I push them harder than most directors push the adults."

All the actors and crew, including lights and sound, are performed by teens, ages 13-18 from throughout Polk County, who perform original songs. "They put a lot of passion and work into the production," Hartley said.

In this hilarious romp, the great Greek myths are explored within a reality show framework. Thirteen gods are put under one roof, but only one can survive to sit atop Mount Olympus.

"This production is an inventive retelling of Greek mythology where tempers flare, lovers quarrel, and rivalries ignite. With an added modern spin, even as far as letting the audience text in their votes, it's must-see TV performed in our theater," adds Hartley. 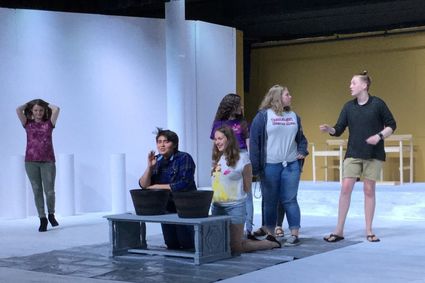 Performances are at 7:30 p.m. on Fridays and Saturdays and 2 p.m. Sunday matinees the weekends of June 14 and June 21 at the intimate 140-seat theater located at 411 N. 3rd St. in Lake Wales. Tickets are $12 for adults and $8 for those 18 and under and can be purchased online at https://app.arts-people.com/index.php?ticketing=lwlt As an added bonus, Cherry Pockets is providing four $25 gift cards as door prizes.

You can see video interviews with the actors on Facebook where Tommy Wooford hosts "Little Chats." Visit https://www.facebook.com/lakewaleslittletheatre/videos/444882282968352/ to view the 2 minute interviews.