Next: 2 Workshops in August and 2 Hearings in September 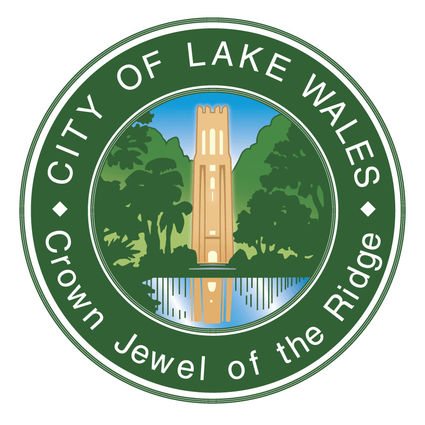 During their second budget workshop July 9 Lake Wales city commissioners asked questions about staff spending priorities while acknowledging they still need much additional information before they are ready to adopt a new budget for the 2019-20 year that begins Oct. 1.

City Manager Ken Fields twice tried to reinforce his position that commissioners need to just concern themselves with policy and the city's overall direction and leave spending decisions on how to get there to him and the city staff. But after more than an hour of questions from commissioners Vice Mayor Robin Gibson, who was running the meeting in Mayor Eugene Fultz's absence, thanked his colleagues for taking a close look at the proposed budget and reminded staff that budget oversight is a primary function of the commission. Gibson said overseeing the budget was one of the commission's two major functions – the other being holding the city manager accountable for his staffing decisions.

Finance Director Dorothy Abbott told commissioners the draft budget they were reviewing was not yet balanced. While the city got good news from the property appraiser that the tax roll has increased by about 6.1 percent over last year, the city is still waiting for state funding estimates. Abbott said the draft budget contained everything department heads asked for, after reviewing their requests with the city manager, and some cuts likely will be needed to balance the budget.

Tuesday was the commission's second meeting to discuss budget priorities. Workshops are scheduled Aug. 13 and Aug. 27, followed by budget public hearings Sept. 9 and Sept. 24. Fields told commissioners he will ask them at their July 16 meeting to set a tentative "not to exceed" millage rate of 7.04, the same as this year's rate, but he likely will recommend reducing it the "rollback rate," the rate that would generate the same amount of tax revenue as this year.

City Commissioner Terrye Howell said she would like to see the tax rate reduced even further. She criticized the city manager's proposal to hire a full-time public information officer with a starting annual salary of a little over $63,000. Howell said she would rather see that money spent on employee raises or reducing the burden to city taxpayers. City Commissioner Curtis Gibson also said he opposed hiring the public information officer, noting that when he said the city needed to do a better job of promotion and marketing he expected that to be a function of the city's "highly paid" department heads who should be proud to tell people what they are doing.

Commissioner Curtis Gibson said the budget documents were difficult to review and commissioners needed more detail about salary comparisons year to year and a better breakout of anticipated revenue sources in the capital improvement project 5-year plan. The plan currently lumps city operating funds, impact fees and Community Redevelopment Agency tax increment revenue all under the category of "city," making it difficult to determine how proposed projects actually would be funded. Fields said he and staff were working to clean up the documents to remove outdated information and clarify funding sources.

Fields said he is recommending a 3 percent across the board salary increase for all city employees in addition to their merit pay increases of up to 3 percent and the 5 percent raises for those who complete a degree or special certification program. Commissioner Al Goldstein has expressed strong support for improving the pay scale for police and firefighters, noting concerns that city salaries may not be competitive and the city risks losing quality employees. Commissioner Gibson has questioned the fairness of a straight across-the-board percentage raises, saying he would like to see the amount available for salary increases distributed differently with lower paid employees getting a higher percentage increase than higher paid department heads.

Before further discussing priorities for use of CRA funding, commissioners are awaiting the final report from urban planner Dover Kohl, which is expected next week. Recommendations for downtown redevelopment and the city's northwest business district could alter budget spending priorities. Vice Mayor Gibson said while he recognized the city must honor some prior commitments for CRA funds he wants to channel most of the available funds back into redevelopment efforts. He serves as chair of the CRA and for many years has taken a strong interest in use of CRA funds.

Based upon a facility assessment, Fields is recommending $300,000 be put in the budget for renovations of the YMCA, which the city is planning to purchase for an estimated $545,000. He said if the purchase goes forward the city likely would seek a loan to spread the costs over a 10-15 year period.

Commissioner Curtis Gibson asked the most questions Tuesday, questioning several projects or major expenditures proposed by staff. Commissioners Goldstein and Howell joined him in balking at the $28,000 price tag for an enclosed multi-passenger golf cart for the airport. Gibson, who serves as commission liaison on the airport authority, also questioned the plan to wait five years to build corporate hangars, which originally were in the current year's budget; Fields said the city planned to let those currently interested in corporate hangars build their own on leased land.

The only citizen to speak up at the workshop was former Mayor Mike Carter, who said afterward he was disappointed with the lack of public participation. Carter asked commissioners to make permanent restroom facilities and lighting for the basketball courts at Lake Wailes Park a higher priority. Commissioners Curtis Gibson and Terrye Howell agreed the restrooms are needed now, and Mayor Eugene Fultz spoke in favor of them at a recreation workshop last month.

Carter also asked for a better traffic control system at Central Avenue and First Street and sidewalks between 8th and 9th streets along SR 60. Fields said he is trying to work with the county on the sidewalk need, which is complicated by the need for possible land acquisition and grading to meet requirements of the Americans with Disabilities Act.

Fields said more discussion of budget priorities could come out of the all-day workshop July 29 where commissioners will work with a consultant to define the city's vision, mission and core values.