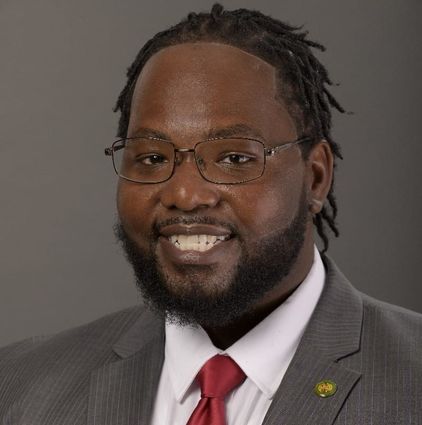 Lake Wales City Commissioner Curtis Gibson may be bucking for a new nickname: Robin Hood. It wasn't exactly robbing the rich to give to the poor, but at the July 16 commission meeting Gibson did propose giving the higher paid city staff members smaller raises this year in order to give more to the city's lower paid workers.

Commissioner Terrye Howell immediately supported the idea, but other commissioners said they would withhold judgment and wait for further analysis and a proposal from City Manager Ken Fields at the next budget workshop in August. At an earlier budget workshop Fields said he planned to recommend 3 percent raises across the board for all employees.

"Historically the city has given the same percentage raises across the board, widening the gap between lower-paid employees and top administrators," Gibson said, providing his colleagues with a handout detailing actual salaries and showing the wide salary gap.

Gibson noted that a 3 percent raise amounted to just $609 for the city's lowest paid full-time employee, but it would give the highest paid employee, not counting the city manager, a one-time increase of $3,261.

He presented a concept of graduated raises of 3 to 5 percent for 158 employees, while giving 1.5 percent raises to the 31 employees making over $60,000 per year. Cutting the top administrator raises from the proposed 3 percent to 1.5 percent would free up $35,301 to distribute among lower paid employees, according to Gibson's calculations.

"Based upon current salaries provided by HR, it would cost the city only an extra $11,233 to implement this graduated plan, but I believe it would go a long way toward demonstrating to all employees that we value them," Gibson said.

Deputy Mayor Robin Gibson said he considers across-the-board raises a "cop-out," noting he prefers a system that rewards employees for performance. But he also cautioned his colleagues about getting too involved in personnel matters, including salary issues, which he considers the responsibility of the city manager. Howell agreed that the city manager is in charge of employees, but she disagreed that the commission shouldn't get involved in deciding budget priorities.

"I gave examples of what a graduated raise system could do, but I tried to make it clear I was only presenting a concept, a different way of rewarding our valuable employees," Commissioner Curtis Gibson said. "I made my recommendation, but the details will still be up to the city manager and his staff. I do believe commissioners have to express our opinions because we ultimately are accountable for deciding spending priorities for the budget."

A strong advocate for first responders, Commissioner Al Goldstein questioned whether the raises could include police and firefighters, whose pay is negotiated by union contract. HR Director Sandra Davis said the union agreed to whatever raises other city employees receive and likely would welcome any extra money.

Commissioner Gibson pointed out that current salaries provided by HR showed at least a dozen of the city's top level administrators are now making $6,000 to $12,000 more than they did at the beginning of the 2017-18 budget year.

"I appreciate all of our employees, but we really need to do more for those trying to raise families on very low salaries," Gibson said after the meeting.

Curtis Gibson again shows that he’s the most focused commissioner, delving into the nuts and bolts of city operations instead of sitting on his hands as so many have done, to the permanent detriment of Lake Wales. Pay differentials have grown skewed here as they have nationally. He is the first elected official I’ve seen willing to recognize and address the problem. Keep up the good work, Commissioner.