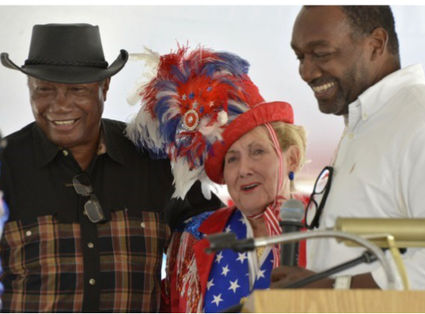 Lake Wales pioneer and historic preservationist Mimi Hardman may soon have a city building named in her honor.

The Lake Wales History Museum will be seeking donors to help restore and rehabilitate the historic 1916 Seaboard Airline Freight Depot, and repurpose the interior of the building as the new permanent Mimi Hardman Collections & Research Center. Items in the city collection date back to 1852, when the original government survey of Lake Wales was completed. A project of the 1974 Lake Wales Bicentennial Commission, headed by Hardman, the Museum was established in 1974.

"Mimi Hardman has dedicated her life to the preservation of Lake Wales history and heritage," wrote Museum Director Jennifer D'Hollander in her project proposal. "As the founder of the history museum and champion for historic preservation throughout Florida, Mimi is the reason we now have an unparalleled collection of Lake Wales and Polk County printed materials, illustrated items, manuscripts, textiles, material culture artifacts, historic buildings, train cars, and five historic districts.

City Commissioner Curtis Gibson in May suggested special recognition for Hardman, a community volunteer who oversaw the Museum for nearly 40 years and brought millions of historic preservation grant dollars to the city. Other commissioners supported the idea.

D'Hollander is asking the Lake Wales City Commission to include $37,500 in its 2019-20 budget and she plans to raise a matching amount. All but $10,000 of the $75,000 estimated cost would go toward exterior work on the 1916 Seaboard Airline Freight Depot. The work would include replacement of deteriorated notched siding and framing, installation of new insulation, latticework, corner joint fascia board, and an entry deck with handrails. The rest would fund interior painting, HVAC, signage and lighting and the cost of moving collections. The building is located at the northeast corner of Scenic Highway and Johnson Avenue, a block north of the main depot that is now called the Lake Wales History Museum.

Hardman's son, Reid, said he hadn't been given any specifics about the project, but "I'm glad to see the city giving the building some attention, and naming it for mom certainly would be appropriate."

"In the last four years, the collection has undergone a complete reorganization to properly store and inventory all items in the collection," D'Hollander wrote, noting as of April of 2019, 13,000 items have been inventoried and properly stored in archival safe containers and climate-controlled spaces. The majority of remaining items to be cataloged have been audited. She estimated an additional 7,000 to 8,000 items are waiting final inventory. A number of items still need to be salvaged from the old cafeteria building.

"Since 1976, the Lake Wales History Museum has been devoted to the preservation of the cultural heritage of the City of Lake Wales. The museum was founded on the belief that it should exist to conserve and use materials for the study of local history," D'Hollander wrote. "The contributions to the museum over the last 44 years hold the key to the history of the people and places of Lake Wales, Florida. Today, the museum is the steward of those collections, and has a responsibility to properly care for them."

Lake Wales Library Director Tina Peak, who supervises the museum, told city commissioners at their budget workshop July 9 that the stored collections would not be on display, but the research center would be available to the public by request.

Together with the library and planning department, the museum utilizes a semi-climate-controlled warehouse space at the city's municipal building for large item and boxed storage. Three storage rooms and the staff office at the museum house additional boxed items, textiles, books, documents, photographs, and maps.

"Due to overcrowding in our current spaces, not all items are properly stored in archival safe materials, and are encroaching on other city departments in the municipal building storage area," D'Hollander said. "The museum needs more space to consolidate items, process ongoing acquisitions, digitize, and create public access to the collections." 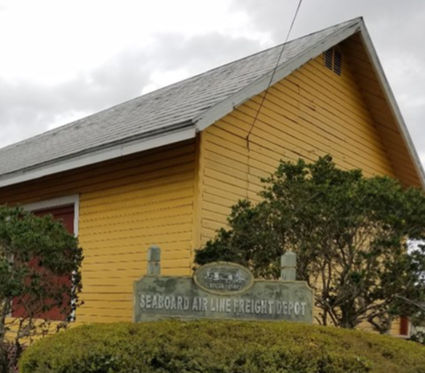 D'Hollander said all of the museum's paper and illustrated items, small objects and textiles, except quilts, would be housed at the center, leaving only large objects and artwork in the city's municipal building. She said the building would have enough space for staff to process the collection and for general public access for genealogical research. D'Hollander said the building's current model train layout would be donated to an appropriate nonprofit for the benefit of train history and enthusiasts.

The 1916 Seaboard Airline Freight Station is an optimal location for this repurposed use, D'Hollander said, noting the building is owned and operated by the City and would make 1,200 square feet of space available to house permanent collections. She said the building is already equipped for climate control, has no external windows, limited issues with pests, roof and floor in above average condition, high ceilings for air ventilation, large bay doors for moving items, security & fire alarm system in place with locking and secure doors, restroom, office, and WIFI capabilities.