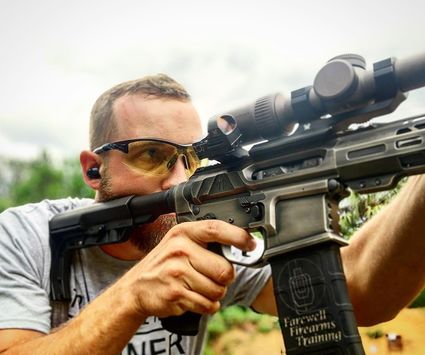 Joseph Farewell started shooting as soon as he was big enough to hold a gun and he began competing about nine years ago. The 28-year-old Lake Wales native is proud to represent the United States in the World Rifle Championship in Sweden Aug. 3-10, and he's optimistic about bringing home a gold medal.

"We have a really good team put together," Farewell said. "I think we have a very good chance of taking home the gold. I'm excited about getting to represent the U.S. on the international stage."

Farewell uses an AR15 variant for the action rifle competition, noting he'll be moving quickly, shooting at different types of targets, close and far away, and "Everything is based on speed and accuracy so it's a combination of the two."

The competition runs over five days with shooters competing half days and alternating between morning and afternoon.

"When it comes to competitive action shooting, pulling the trigger is rarely where matches are won or lost. Everything in between, the movement and manipulations, is where the match is won or lost," Farewell explained on his firearms page. "If you can effectively identify where you need to speed up or slow down in the stage to accomplish the most efficient execution, you will be ahead of the game."

After working six years in law enforcement and being named 2018 Winter Haven Police Department officer of the year, Farewell started his own firearms business, but he stays involved with WHPD as an auxiliary officer. Farewell Firearms offers pistol, shotgun and rifle training; customers can train on their preferred firearm or participate in a 3-Gun clinic where they learn how to compete in shooting matches using all three types of guns. For more information, go to https://www.farewellfirearms.com/

Farewell grew up on the Hinshaw family Chalet Suzanne property, owned by his grandparents. Mom Tina was a Hinshaw, and she and husband Bob homeschooled their children and instilled in them a strong faith and a love for aviation and the outdoors. Farewell lives with his wife and two daughters in Lake Wales.

The Farewells and Hinshaws are a close family. Cousin Chris Hinshaw put together a Go Fund Me page to help raise the $6,000 Farewell needs for his international trip. 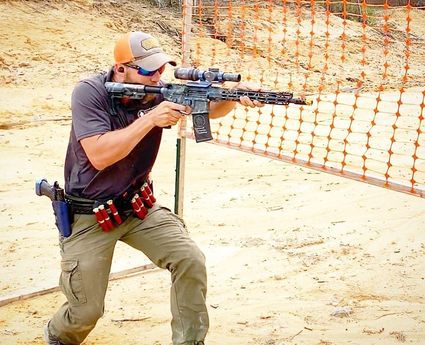 "Joseph is one of the hardest working and humble men that I know and this opportunity hasn't come without sacrifice," Chris Hinshaw wrote. "He has two beautiful girls and an extremely supportive wife at home that will be cheering him on from home. I could go on and on about how deserving he is of this opportunity but those of you that know Joseph already know how hard he's worked to get where he is."

As of July 23, the fundraising campaign was two-thirds of the way to its goal. Donations can be made online at https://www.gofundme.com/joe-farewell-represents-usa-at-world039s

Farewell left July 23 for Sweden, where he'll be offering some training classes and getting ready for the competition. Before heading home he'll travel to Poland.

"This is my first world shoot," Farewell said. "It's kind of like the Olympics with parades and presentation of medals. It's pretty exciting for me."