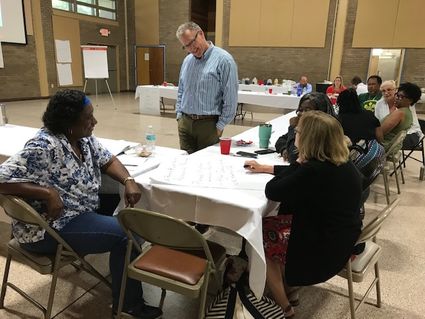 When Lake Wales commissioners were asked to envision what would produce a huge city success story by the year 2040, they enthusiastically detailed a bright future.

Consultant Dr. Mike Lowery from Strategic Government Resources in Texas facilitated the workshop and offered advice for being part of the city team and working well together to accomplish shared goals. Seven hours of brainstorming to create a vision for the city produced big ideas and then consensus around five areas of focus, or pillars, with some actual two-year and five-year milestones for city staff to work toward. The commission's five top priorities included: Annexation, infrastructure, recreation, quality of life and public-private partnerships.

With regard to annexation, commissioners said they would like to hold a workshop, start conversations with owners of property just outside the city limits, identify advantages and explore inducements to becoming part of the city, and have some serious conversations within 12 months.

"I think timing is most important," said Commissioner Al Goldstein, noting getting plans adopted and moving forward is particularly important since the city election next April could produce new commissioners.

Infrastructure priorities, to be completed within 3-5 years, were identified as a utility corridor up Scenic Highway to Waverly and south down U.S. 27 to Warner University and work on roads to accommodate Florida's Natural Growers, which is just outside the city limits.

In addition to finalizing purchase of the Lake Wales YMCA, recreation priorities included completion of a master plan including the identification of additional facilities the city needs, examining nonresident fees that might also relate to the annexation issue and, once facilities are adequate, pursuing tournaments which could be an economic boost to the city.

Priorities related to quality of life that could be completed in two years were attraction of two new restaurants and a brewery to downtown, beginning construction of the Park Avenue streetscape and initiating conversion of the Grove Manor low-income housing project into mixed-use development. Further out, but possibly underway within five years, were completion of Park and Stuart avenue streetscapes downtown, additional affordable housing in the Northwest section and completion of the Crystal Lake Master Plan with recreation and beautification between the public library and big Lake Wailes.

A variety of groups were identified as key players in potential public-private partnerships. The city should work with the Florida Department of Transportation for better lane access and traffic flow on U.S. 27 and S.R. 60 and expand relationships with local colleges, universities, the Lake Wales Charter Schools and Polk school district. Officials also identified the importance of partnering with youth and adult recreation organizations and strengthening relationships with other cities, the county, the Chamber of Commerce and other business groups.

"You cannot do everything, but you can do anything," Lowery said. "You're not going to do all of those things, but you can pick 3 or 4 that are catalytic."

Building a better reputation for the city was discussed as also a high priority. The group identified the following as "reputation drivers," goals to work toward: be trustworthy, compassionate and fair; become the place to be, be known as the best small town in Central Florida with the best schools, housing and quality of life; be the city of all people; be innovative, progressive and unique; be known for quality, including the natural environment, architecture and home of Bok Tower; be responsive; show integrity, stability, accountability and professionalism. 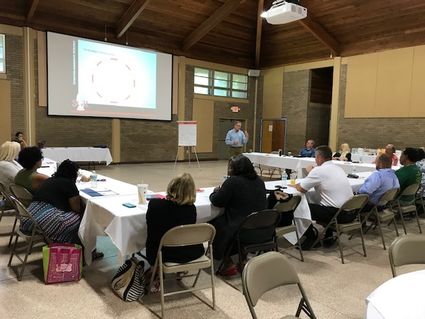 Commissioners and staff were asked to identify the pressing needs of residents, things that "make you weep and pound the table, that make you say 'we have got to do something about this?'" They identified these needs: water; improvements to downtown including restaurants and nightlife; safety;

Lowery now will reduce the day's work to writing and recommend a vision plan to be formally adopted by the commission.