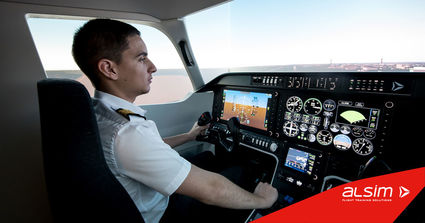 ALSIM, one of the world's premier manufacturers of flight simulators, has announced plans to locate a new North American assembly and support facility at the Lake Wales Commerce and Technology Park.

The company announced it will be hiring multiple staff for the Lake Wales location, which beginning in September will house technicians and items like spare parts.

"Lake Wales is extremely proud to be part of the growing aerospace industry in Polk County," said City Manager Ken Fields. "It is expected that this facility will add to the growing aviation economy in Lake Wales following the expansion of the Lake Wales Airport main runway to 5,400 feet and continuing investment in airport facilities."

ALSIM's headquarters is in Nantes, France, with its primary U.S. operations in Austin, TX. It has been developing and manufacturing FAA & EASA certified flight simulators since 1994 and now produces more than 400 devices for about 300 clients located in over 50 countries.

Kevin Kieft, President & CEO of the Lake Wales Area Chamber of Commerce and Economic Development Council, said ALSIM's location at the city business park on south U.S. 27 gives it immediate access to a major north/south thoroughfare with very close proximity to the Lake Wales Airport and within an hour drive of Orlando International Airport.

"We are very happy that a world-class company like ALSIM has decided to invest in Central Florida and Polk County," Kieft said. "The diversification of our local economy is always a main goal of our organization and we look forward to working with ALSIM to make this location a great asset for our area and their company."

An ALSIM announcement said as the company celebrates its 25th anniversary it is making plans to continue investing heavily in the United States. In order to keep up with demand, launch new products, continue their software developments, and ensure continued high-level quality and service, ALSIM has hired more than 20 staff globally over the past two years and continues to keep an eye out for qualified talent, according to a company announcement.

Within the last year, ALSIM said it has added dozens of new, high-profile clients including Airbus, CAFUC, KLM, Paragon Flight Training, University of Dubuque, and others around the world. The company's type specific Cessna 172 simulator was certified as an Advanced Aviation Training Device (AATD) by the FAA, and their DA42 device was recently certified as an FTD Level 5 by Transport Canada.

ALSIM is also finalizing their new Airliner sim, close to a Boeing 737/Airbus 320 hybrid, with orders already obtained from flight schools in Europe and elsewhere.

In a March interview with WINGS magazine, ALSIM North American Sales and Business Development Manager Scott Firsing discussed the company's growth and future plans. Firsing said the company is known for immersion, with most of its technology in-house for reliability and innovation purposes. The company sold 50 simulators in 2018, up from 30 two years ago, which was a significant increase from the 10-15 simulators typically sold in prior years. 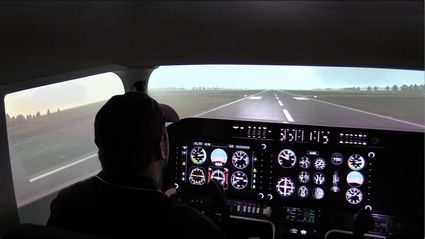 "Because we develop our own technology, we are able to upgrade, modernize and listen to our clients' needs," Firsing said, noting the company produces customized 3D visual systems so trainees can learn their home airports and can fly more realistic patterns or cross countries.

"We hear compliments about our visuals, but also for how our simulators fly more like an aircraft, with an electro servo-drive force force feedback system," he said.

A company spokesperson could not be reached for comment for more specifics and projected Lake Wales employment figures. Additional details will be added to this story when available.