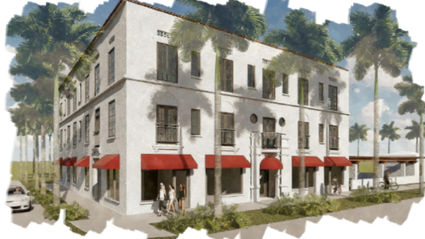 City Development Services Director Kathy Bangley said she was pleased with the conceptual plans and looks forward to the second set of more detailed drawings, which are expected by mid-September. Bangley said if the new drawings look good she will send the project for Planning and Zoning Board review in October.

The plans call for four retail spaces, a kitchen, large dining room, private dining area, meeting room and a library on the first floor. The second and third floors would each house at least 14 micro-unit style hotel rooms, basically small living areas with baths. Units would be between 300 and 400 square feet.

The site plans include 12 parking spaces north of the main hotel and 19 spaces in the vacant lot across Crystal Avenue to the south. The designs include matching landscaping strips, walls and pergolas along First Street as attractive buffers to the parking areas.

Bangley said it looks like any outstanding issues can be resolved, and parking requirements are lower if the structure is classified as a hotel, rather than multi-family housing. 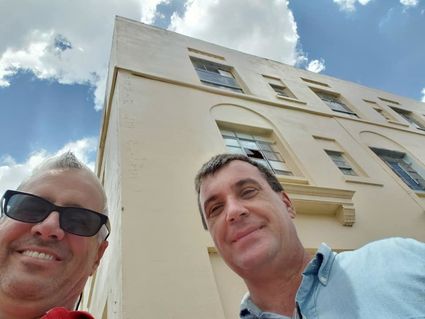 Both Gonzalez and Brown said they were pleased with their city meeting and enthusiastic about moving forward quickly. Brown said with the smaller units, the Seminole would be more like a long-term stay hotel, since the potential college student market might not want yearlong leases. He said he already is getting requests from individuals wanting to reserve an apartment.

Brown worked with the city in June to gain access to the Seminole to clean out debris and contents left behind by tenants when the building was condemned and closed. Gonzalez visited in late June after 90 percent of the cleanup was complete and said he saw no significant challenges to development.

Gonzalez said the project could be completed within six months of city approval to proceed.