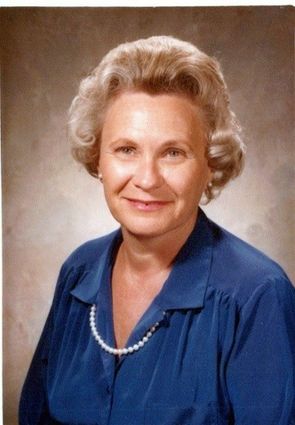 Mary Janet Reese Seitz, 89 a resident of Bellatage Assisted Living Facility in Winter Haven, Florida, departed this life in the faith and fear of the Lord on Thursday, August 22, 2019.

Jan, as she was known, was born February 14, 1930 in Massilon, Ohio, the youngest daughter of Charles and Marjorie Reese.

She was preceded in death by her husband of 65 years, Thomas C. Seitz, Sr., and sisters Constance, Barbara and Carolyn.

She graduated with a bachelor's degree in music education from Denison University in Ohio. She pursued graduate studies in special education at Western Carolina University, becoming the first certified teacher in learning disabilities in Buncombe County, NC.

For the past 20 years, she was a member of the Episcopal Church of the Good Shepherd choir in Lake Wales and past coordinator of the congregation's Brown Bag Bunch program for snowbirds and retirees. She was also a volunteer with Meals on Wheels and Bok Tower and a member of the Lake Wales chapter of AAUW.

Her funeral will be held on 10 a.m. Tuesday, October 1, 2019 at the Church of the Good Shepherd, 221 South Fourth Street, Lake Wales, the Rev. Timothy Nunez, rector, officiating. In lieu of flowers, memorial gifts may be sent to the church. Webcast of the service can be viewed and condolences may be sent to the family at http://www.marionnelsonfuneralhome.com.