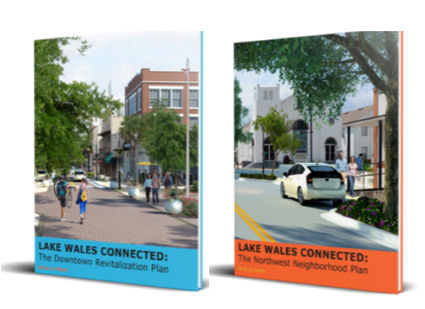 EDITOR'S NOTE: Dover Kohl consultants will present their plans to the Lake Wales City Commission, serving as the Community Redevelopment Agency, at 5:30 p.m. Tuesday, Oct. 1 at the City Administration Building, 201 W. Central Ave. You can view and download the plans online at https://www.doverkohl.com/lakewales-

In April, a team of planners from Dover Kohl came to Lake Wales and hosted a charrette week. During that week, the team hosted events and an open store front to welcome input from residents of Lake Wales and other interested parties about what the future of Lake Wales should look like.

Over the course of the week, the team met with several community organizations, took downtown and northwest neighborhood tours, and processed many individual comments and suggestions through its downtown storefront.

During the last of the charrette week events, a "Work In Progress" meeting held as GFWC Women's Club of Lake Wales, Dover Kohl revealed the results of the community input and their plan going forward.

On August 13, Dover Kohl presented an update on its progress before the meeting of the Lake Wales Community Redevelopment Agency. Some of the updates were pertaining to ideas that had been discussed during Dover Kohl's charrette week, while others were new ideas or images that the citizens had not previously seen.

After giving the idea of two separate plans much consideration, I find myself repeated asking, "Why?" What practical reason could there possibly be for splitting "Lake Wales Connected" into two?

Frankly, it is ironic to separate "Lake Wales Connected" into two plans. This project and its name were originally proposed to signal of the redevelopment of a quietly divided city into a cohesive one built stronger because of its multiple parts. Separating the redevelopment plan into two plans accomplishes the opposite goal, calling for connectedness by word and cancelling that call by deed.

Among the most common words used by the charrette participants to describe the present state of the city were "segregated" and "disconnected." Conversely, citizens clearly stated that they want a future that is "cohesive" and "connected," one that is "united" and has "synergy." The separation of the plan is precisely the opposite of what the participants in the charrette week requested for the future of Lake Wales.

Furthermore, dividing the plan also produces a distrust amongst the citizens of Lake Wales, particularly those who support the redevelopment of the Northwest neighborhood. The separation is a potent reminder of past plans and promises, each of which has gone unfulfilled. In discussing this issue with leaders from the Northwest neighborhood, I was presented with hundreds of pages of plans that the city had proposed for the neighborhood. No work was ever initiated on the improvements contained within those plans. There is a clear, widespread, and historically justified concern that a new plan, connected only by word to the future of the city, will meet the same fate. 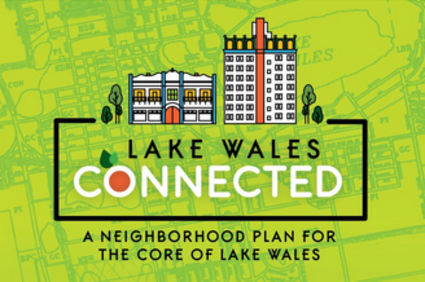 It is imperative that the City of Lake Wales intentionally invest in itself as one city with one plan for our collective future. Failure to do so will undoubtably place the city squarely on the wrong side of history and lead to a gross miscarriage of economic and social justice. A separated plan cannot, because its very nature, make Lake Wales Connected. As such, our CRA Board should take decisive action to require the reunification of the in-progress redevelopment plan in the best interests of the city and citizens of Lake Wales.

Sara Jones is a Lake Wales attorney who specializes in family, personal injury and criminal defense law. She grew up in Lake Wales and remains active in the community.