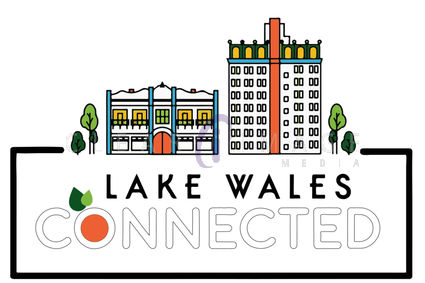 The City of Lake Wales now has an ambitious plan for the redevelopment of its historic downtown and the Northwest business district. City commissioners, in their role as the Community Redevelopment Agency, started their new fiscal year Oct. 1 with the adoption of the Community Connected plan developed by Miami urban planning consultants Dover Kohl & Partners with extensive public input over the last year.

City Manager Ken Fields pointed out the plan was not top down, but bottom up: "This is a community plan."

Consultant Victor Dover presented highlights of the plan and, using a quote from President Teddy Roosevelt, challenged city officials to "dare mighty things," noting it would be a lot better to fail at some things than never to try.

"My challenge to you is not to stop. Aim high," said Dover. "Even if things don't work, keep aiming high. That perseverance will pay off."

Because of separate contracts and funding, the Dover Kohl study was broken into two plans, one for the historic downtown and one for the Northwest business district. But when concerns arose about the separation when the purpose was to connect the community the two plans were bound into one back-to-back volume and adopted by commissioners as one plan. Dover said it was important to focus on both areas as "these two areas need to be brought up simultaneously."

The plan, along with interactive before and after sliders, can be viewed at https://www.doverkohl.com/lakewales-

Dover said the first, and possibly most important, "big idea" in the plan is design, building on the city's "good bones" and returning to the founding designers wanting to create a city in a garden, not only a "greener city, but also a city where people want to be really badly as they are building a strong tax base and sense of belonging for making the town better."

Various components of the plan present ideas for not only more trees, but trails, sidewalks, housing, building renovations, parking, gateways and infrastructure to make the community friendlier for bicyclists and pedestrians. Dover acknowledged some people will have concerns about downtown parking, but he assured the commission, "The most important thing to realize about the parking is there's plenty of it. In fact there's 1,646 parking spaces just in downtown – we counted them, we counted every one of them."

Dover said people are more willing to park further away and walk to their destination in a beautiful area with trees and flowers. The plan also showed a possible parking garage behind the Walesbilt Hotel.

"How this place looks is how you send a message what it's all about, what your aspirations are as a community and why investors could be confident in making things happen you want to happen," Dover said. The plan proposes an expanded, tree-lined and heavily landscaped "town square" connecting the current Polk State College J.D. Alexander Center to the current marketplace and extending to Orange Avenue. Dover also suggested improvements to "forgotten spaces," like the alley that runs east and west between Stuart and Park Avenues, which could be turned into a gathering space. Both, he said, could help return events downtown.

Dover showed aerial photos and sketches of how things look now and how they could look in the future. He said not only improving the look of Lincoln Avenue in the Northwest business district is important but also working to attract "jobs, jobs, jobs," to return it to its "former glory as a community main street."

More housing in both areas is important, Dover said, showing many vacant lots where infill development could take place. He pointed out that Orange Avenue downtown could accommodate housing in addition to current commercial development, but the city may need to revamp its zoning and codes to change parking restrictions and accommodate other changes in downtown areas.

Another key to improving and connecting the two areas is the proposed redevelopment of the Grove Manor low income housing development. The City budgeted $50,000 to support the Lake Wales Housing Authority's pursuit of federal grant funding to redevelop Grove Manor as a mixed-use community.

"You want to be sure that what comes back is to net benefit the community, that it does become a place for people with very limited or modest means to find a dignified place to live and it also includes some moderate income housing in the mix as well, so it's not just a concentration of poverty but a true mixed income neighborhood," Dover said. 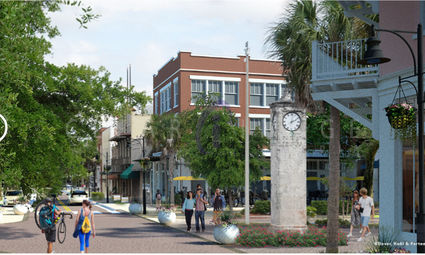 The plan includes action steps, basically a to-do list with possible timelines, costs, funding sources and identification of who would be responsible.

"You've had many false starts in the last 45-50 yrs. It's going to be tempting to say we tried that and it didn't work," Dover said, but he encouraged action: "There's no time to waste – focus on things to go do now."