The Lake Wales Arts Council will kick off its 2019-2020 Concert Series with jazz vocalist extraordinaire Whitney James and her all-star jazz band for her tribute to George and Ira Gershwin. The concert begins at 6 p.m. Saturday, Oct. 12 at the Lake Wales Arts Center, 1099 SR 60 E.

Tickets are $10 for members, students, veterans and seniors over age 65 and $15 for nonmembers. A reception will be held after the concert. Tickets may be purchased online at https://centralfloridatix.com/events/Whitney-James---Tribute-to-Gershwin-10-12-2019/tickets

Here's what the Arts Council's promotion says about Whitney James:

Vocalist Whitney James takes her rightful place among today's great jazz singers with her stunning debut album, The Nature of Love (January 19, 2010, Stir Stick Music). With her working rhythm section of pianist Joshua Wolff, bassist Matt Clohesy, and drummer Jon Wikan, and special guest trumpeter Ingrid Jensen, James blends a singer's sensitivity to lyrics with an instrumentalist's command of phrasing, melody, and timbre. The album's ambitious program of material includes classics from the Great American Songbook such as Jerome Kern and Ira Gershwin's "Long Ago and Far Away" and Irving Berlin's "How Deep Is the Ocean," as well as challenging jazz tunes such as Benny Golson's "Whisper Not" and Jimmy Rowles's "The Peacocks."

James doesn't just sing a tune-she creatively engages it. Every time she approaches a melody and a lyric, she finds a new way to phrase them, shape them, highlight a word or a few notes that shade the meaning and make the music richer. Her sense of time and pacing make her a consummate musician's singer-she knows how to work with a band, instead of asking it to merely back her. Her supple alto voice wraps itself around a song like a sheer silk scarf. She sings with a bright clarity of tone, yet she colors her sound with earthy inflections, subtle squeezed notes, dark growls, and notes of soaring purity.

Her polished musicianship helps her interpret the best of American popular music as well as challenging originals of jazz composers rarely attempted by singers. The upper edge of her voice gently caresses "Tenderly," highlighting the song's romantic glow, then she matches trumpeter Jensen tone for tone with an instrumentalist's full sound. She subjects "Long Ago and Far Away" to playful transformations, making the song her own without ever obscuring the composers' original intent. She negotiates the transitions between Latin and swing beats on "How Deep Is the Ocean" with elegance, phrasing behind the beat at times to create an exquisite tension. And she remains unfazed by the tricky melody of "The Peacocks," making the composition's daunting contours sound graceful and natural. 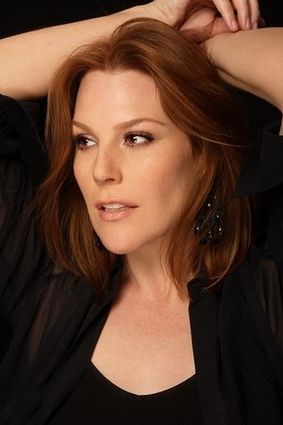 Her band mates are sensitive accompanists with strong voices of their own. In a duo version of "Be Anything," Wolff, who has also worked with singers Jay Clayton and Mark Murphy, weaves lovely countermelodies and rich harmonies around James' sincere reading of the song. He's alert to every twist and variation that James makes to "Long Ago and Far Away," then swings hard in a lyrical, incisive solo of his own. Bassist Clohesy, who has recorded with Seamus Blake, Pete McCann and Geoffrey Keezer, among others, is a versatile accompanist and soloist. His time is impeccable and his note choice adds depth to the ensemble. His solo on Abbey Lincoln's "My Love Is You" is a beautifully constructed statement, coherent and moving. Wikan has played with the Maria Schneider Orchestra, Jensen, and shared rhythm duties with Clohesy in the bands of Torben Waldorff and Keezer. His attention to dynamics and space and his crisp time-keeping make him a perfect drummer for vocalists, but he can power a band as well, as he does on the hard driving "Whisper Not." Jensen is featured with the Schneider Orchestra and has performed and recorded as a leader and with Jeff 'Tain' Watts, Dr. Lonnie Smith, Marc Copland, Gary Bartz, Chris Connor, and many others. Her warm tone blends beautifully with James on "Tenderly" and "Whisper Not." A lyrical player who is nevertheless full of surprises, she crafts an exciting solo on "Whisper Not" and a poignant ballad performance on "The Very Thought of You."

It's rare that a performer emerges fully formed on their first album. But Whitney James has the musicianship and deep emotional power of a mature artist.