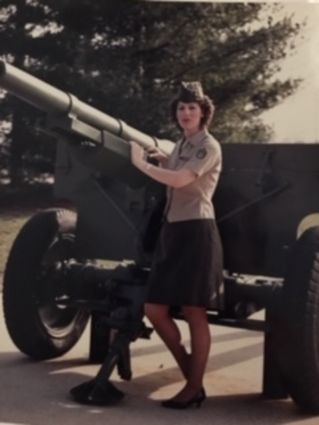 Retired U.S. Marine Kathryn "Kat" Gates-Skipper got used to being a female trailblazer throughout her 20-year military career. So it's not surprising she will become the first female Marine inducted into the Florida Veterans Hall of Fame.

State Rep. Mike LaRosa nominated the Lake Wales veterans activist and Gates-Skipper was chosen one of 16 inductees in the Hall of Fame Class of 2019. Since it was created in 2013, the Florida Veterans Hall of Fame has inducted 70 veterans, including only two women, both U.S. Navy vets.

"I'm very blessed. Every day is a blessing. It's a nice feeling to be recognized," said Gates-Skipper, who was notified Sept. 26. of her selection.

"The Florida Veterans Hall of Fame recognizes and honors those military veterans who, through their works and lives during or after military service, have made a significant contribution to the state of Florida through civic, business, public service or other pursuits," said Jessica Hunter, with the Florida Department of Veterans' Affairs in a letter congratulating Gates-Skipper. "It is not a traditional military hall of fame, as it focuses on post-military contributions to the State of Florida."

The Florida Veterans Hall of Fame Wall is available for public viewing during business hours on the Plaza Level of the Capitol Building in Tallahassee. The Capital Building also is home to the Florida Medal of Honor Wall, paying tribute to Florida's Medal of Honor recipients.

Skipper will be invited to an induction ceremony and reception at the Governor's Mansion, sometime around Veterans Day. Her name, branch of service and rank will be engraved on a wall plate to be unveiled during that ceremony.

LaRosa said Gates-Skipper's selection "is a well-deserved reward for a lifetime of work dedicated to protecting America and assisting veterans in her community. Her role in protecting and promoting the interests of Florida veterans is remarkable."

He pointed out that she was a pioneer during her service with the U.S. Marine Corps: "She was among the first to serve as a woman in combat training She served with valor and chose to become the first woman to enlist in Combat Operations and helped train Kuwaiti women soldiers during Operation Desert Shield and Desert Storm. Simply put, Kat helped pave the way for other women to serve our nation through her outstanding example of bravery, leadership and dedication." 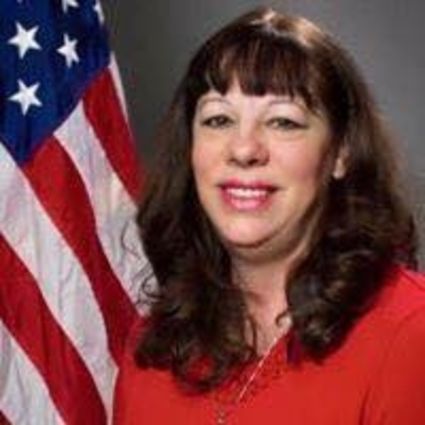 Gates-Skipper was born on a military base and raised in a military family. She is active in numerous veteran-related organizations, including service as a board member of the Orlando VA Hospital and Gov. Ron Desantis' Forward March Veterans Initiative and historian of Lake Wales American Legion Post 71. She is a life member of the Lake Wales Veterans of Foreign Wars and the American Legion, the Marine Corps League and Florida Chapter of the Army's First Calvary Division Florida. She is also a member of the Woman Marines Association, the Military Women Across the Nation, the Marine Corps Heritage Foundation, Marine Corps Association, and Purple Heart Ladies Auxiliary (her husband Charles is a Purple Heart recipient).