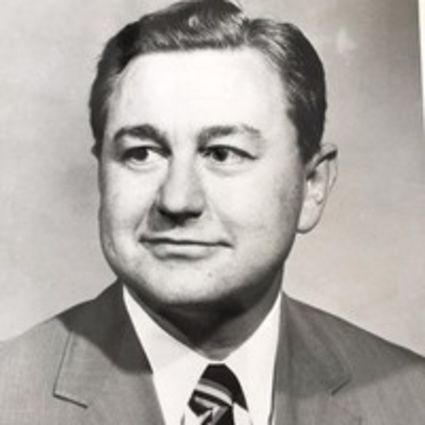 John Storer, MD, a pioneer in heart and vessel surgery, died peacefully at his home in Lake Wales on Oct. 2. Dr. Storer was born on July 15, 1921 in Pitman, NJ to parents Alexander and Helen (Stanger). John graduated from the University of Alabama in 1942 and from Hahnemann Medical College in Philadelphia in 1945.

Dr. Storer founded the Department of Thoracic and Cardiovascular Surgery at Huron Road Hospital, where he practiced from 1954 to his retirement in 1985. He was in the first wave of heart surgeons to be trained in the United States and studied under the tutelage of the famed Charles P. Bailey, dean of heart surgery at Hahnemann Medical College.

At Huron Road Dr. Storer founded and edited the Scientific Quarterly Bulletin, established the Seminar Committee, and directed the Intensive Care Unit until his retirement. He developed an open heart technique which resulted in the first "open heart" surgery at the hospital in February, 1958. Along with Dr. W. J. Gardner, Dr. Storer adapted the G-Suit for the treatment of abdominal hemorrhage and certain forms of shock. He created many new surgical techniques and was responsible for many surgical "firsts" in the Cleveland area. Dr. Storer was appointed Director of the Department of Thoracic and Cardiovascular Surgery at Huron Road Hospital and served in this position many years.

Dr. Storer was an early antagonist of the tobacco industry and was actively involved in speaking engagements for the American Cancer Society and the Cleveland Area Heart Association. He published over 40 scientific papers in national journals, presented 20 different medical exhibits, and spoke at numerous medical meetings in the United States and around the world. He won three gold medals from the Ohio State Medical Society, a silver award from the International College of Surgeons, the Billings medal from the American Medical Association, and the Honors Achievement Award by the Angiology Research Foundation. In October 1966 he was given the Town Crier Award by the Press Club of Cleveland for outstanding contributions to the Cleveland area. Dr. Storer was President-Elect of Huron Road Hospital Staff from 1965-67 and President from 1967-70. In 1975 he opened the heart surgery unit at Elyria Memorial Hospital in Cleveland.

An avid golfer, Dr. Storer was formerly a member of Shaker Heights Country Club, Pine Valley Golf Club, Biltmore Forest Country Club in Asheville, North Carolina, and Mountain Lake Club in Lake Wales. He was also a member of Sons of the American Revolution and the Mayflower Society.

John is preceded in death by his wife of 72 years, Pauline (Newcomb) and a daughter, Pauline Bay. He is survived by two daughters, Mallory Lenig and Carol Storer. Dr. Storer had five grandchildren, sixteen great- grandchildren, and four great great-grandchildren. He is also survived by his beloved dog, Tibi.

A memorial service in Dr. Storer's honor is pending. Marion Nelson Funeral Home in Lake Wales is in charge or arrangements