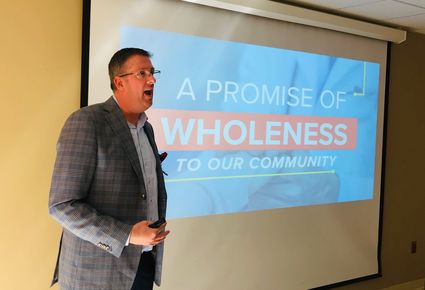 Before assuming the Polk County position Sept. 1 as CEO of both AdventHealth Lake Wales and AdventHeart Heart of Florida in Davenport, Adams was CEO of AdventHealth Tampa. He has worked for AdventHealth, formerly called Florida Hospital, for 19 years.

Adams said the faith-based hospital system, affiliated with the Seventh Day Adventist Church, has retained the same mission since the 1800s, "to extend the healing ministry of Christ to care for people like when Christ was on the earth, regardless of their background or approach.

"Adventists are Christians. We believe in the first and second coming of Christ. But we serve people of all backgrounds, with no spirituality or of all different religions and faiths," Adams said.

The church got into the healing ministry back in the mid 1800s after nurses, doctors and church members recognized many people were living unhealthy lifestyles, not following the example set in the Garden of Eden, Adams said. The Adventists opened their first "health retreat" in Battle Creek, MI, and then in 1908 opened the Florida Sanitarium on the banks of Lake Estelle in what is now Orlando. AdventHealth's flagship hospital now sits on that same site.

Adams said health care has improved greatly from those early days when doctors prescribed smoking as a way to exercise the lung muscle and bled people to reduce fevers. AdventHealth now prides itself on its many A-rated hospitals with the most modern technology. Adams said in addition to new beds, the two Polk County hospitals will be getting about $5 million in technology upgrades to ensure the highest quality of care.

"There never should be a question about whether you could get better health care somewhere else," Adams said about the goal to be exceptional. "We want to have the best possible health care at every facility we operate. We believe in quality and service excellence. We think a community should be healthier because AdventHealth runs a hospital there."

AdventHealth's holistic approach means each patient is more than their illness or symptoms, "they're a whole person mind, body and spirit. Our promise to the community is a promise of wholeness."

He noted each hospital has a full-time chaplain to not only minister to patients and staff, but to work with community pastors to connect them with their own church members who need support.

As a nonprofit hospital, AdventHealth strives to make health care affordable, Adams said: "If you have a great health care system that people can't afford it doesn't do you any good."

Brewer told the Rotarians that she is very excited about the opportunities for "whole care" that AdventHealth brings to Lake Wales. She shared information about the latest new doctors, including James Pilkington, Amber Shepard and Ricardo Navarro, three graduates of Lake Wales High School who came home to practice medicine.

"I am so impressed with the quality of physicians Rebecca has recruited," Adams said.

Fielding questions from the audience, Adams described the company's plans to train all 1,500 employees at both hospitals on the mission, vision and values of Advent Health. 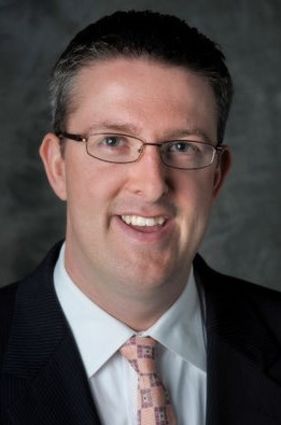 Asked about the possibility of AdventHealth Lake Wales ever offering obstetrics services so babies again could be born in Lake Wales he said he would "never say never" but restoring it would depend upon community need and having a high enough volume of patients.

"There are national studies that show there are quality outcomes that are safer to achieve in programs that have more volume. OB is one of them," Adams said. OB services are offered at AdventHealth Heart of Florida, which delivers more than 900 babies a year. Brewer said working with Heart of Florida there may be increased woman's services offered in Lake Wales.