A Strategy, a Plan, a Dream - Downtown 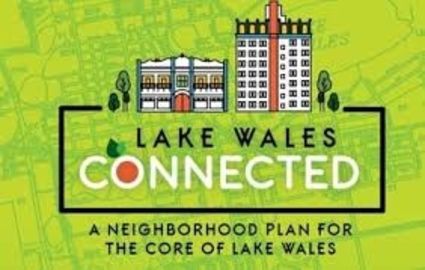 Downtowns are the heart of a town. To devote time, money, energy and dedication to a city's downtown is to embrace its essence. Therefore, it was with great enthusiasm that we at the Chamber of Commerce and Economic Development Council asked the city and the business community to fully endorse the Lake Wales Connected plan to revitalize downtown and the Northwest.

Our team from the Chamber/EDC had a large contingent in attendance on Oct. 1, when the Lake Wales Community Redevelopment Agency board unanimously adopted the 10-year strategy and committed to investing the time and money necessary to make the vision a reality.

The plan has developed from a hoped-for strategy to rejuvenate the downtown area and Northwest neighborhood into an ambitious, approved municipal vision - one destined to pump new life and love into the heart of the city.

The final draft of the plan - written and presented by Victor Dover of the urban planning firm of Dover, Kohl & Partners - portrays a vision of regrowth, restored vitality and a return to the city's origins.

In ways that will most assuredly give the city an improved livability vibe, the plan in part calls for:

Public areas and streets to be upgraded.

Residents to be drawn back to the improved areas -and to their historic sense of place.

The planting of thousands of shade canopy trees, which will raise property values and add quality-of-life benefits.

The addition of a town square.

Trails and bike paths to be added to unify city neighborhoods.

The completion of a network of sidewalks.

Action. Something that truly sticks and makes a difference is action.