An unofficial advisory committee working toward redevelopment of the city's northwest section is now incorporating as the Lincoln Community Development Corporation.

On the heels of the City adopting a Northwest redevelopment plan, recommended by urban planners Dover Kohl and Partners, Lake Wales attorney Sara Jones is organizing the group to help ensure the plan's successful implementation.

She invited the prospective corporate board members or advisors to join the group "working toward a better neighborhood and a better city."

Jones drafted proposed bylaws and articles of incorporation as a nonprofit that would be seeking 501 (c)3 status, making it eligible to receive tax-deductible donations. At its first meeting the group decided to name Jones as president, Stephanie White as secretary and Ivory Wilson as treasurer. Jones said the group is still discussing who will serve on the governing board, which can have up to 15 members.

The proposed bylaws stated its mission as "to stimulate community development and entrepreneurship that provide relief to poor, the distressed, the underprivileged; that facilitates preservation of history through erection and maintenance buildings monuments, or works benefitting the public; that lessens neighborhood tensions; builds bridges of unity between diverse people; eliminates prejudice and discrimination; and that combats community deterioration, juvenile delinquency, and elder isolation."

Jones said she was pleased that city officials and members of the Lake Wales MainStreet board reached out to her after she objected to the Lake Wales Connected redevelopment plan being separated into two – one for downtown and one for the northwest district. After some scrambling to alleviate Jones' concerns, which she said initially "fell on deaf ears," the Lake Wales Connected documents produced by Dover Kohl were ultimately adopted as one plan, with the two being bound back-to-back in one document. Jones wrote about her concerns in a column headlined "Connected but Separated" for Lakewalesnews.net. https://www.lakewalesnews.net/story/2019/09/25/voices/lake-wales-connected-but-separated/900.html

In the column she pointed out that "The separation is a potent reminder of past plans and promises, each of which has gone unfulfilled. In discussing this issue with leaders from the Northwest neighborhood, I was presented with hundreds of pages of plans that the city had proposed for the neighborhood. No work was ever initiated on the improvements contained within those plans. There is a clear, widespread, and historically justified concern that a new plan, connected only by word to the future of the city, will meet the same fate."

Jones said the new organization would like to work with the city and Lake Wales MainStreet, but will be proactive in working on redevelopment of the Northwest district. "I think people are a little skeptical in the sense that this has been done before. Each time we have a small victory people become more invested."

While the informal advisory group has been meeting for about a year and a half, Jones said the leaders felt it was time to move to the next step and formally incorporate. Lake Wales MainStreet has a defined work area downtown that does not include the northwest business district, but the two groups can now work together.

"I felt like that was a success for the city overall. We can come with a united front and say 'hey, this is what we think is best for the city,'" Jones said. 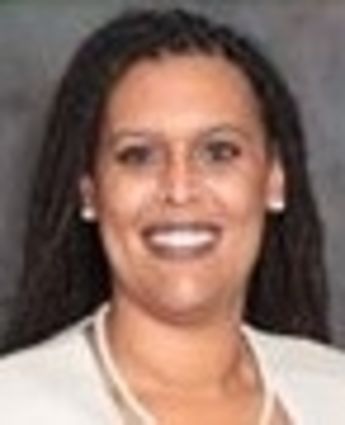 City Manager Ken Fields said he believes formation of the CDC would enhance the changes of success in improving the Northwest district.

"Just like Lake Wales Main Street provides a formal mechanism for stake holder input and participation in the redevelopment of downtown Lake Wales, the creation of a Neighborhood Development Corporation would provide the same opportunities for the Northwest Area of the City," Fields said. "An NDC can apply for federal, state and private grants on its own, separate from the City, qualify for tax breaks and other incentive programs, and provide a formalized vehicle for citizen input into the redevelopment process. It can also act as an initial investor in potential projects to jump start the development process in that area."