Popular Downtown Hardware Store Announces Plans to Close in May 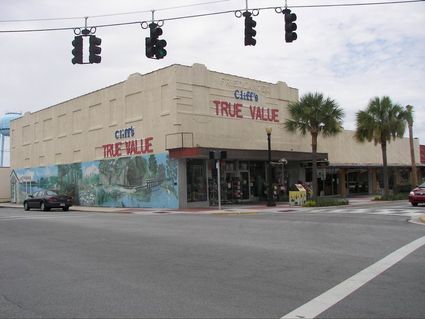 A downtown Lake Wales fixture since 1976, Cliff's True Value Hardware will be closing the end of May. Owner Larry Tonjes announced plans in a letter posted Nov. 16 on Facebook.

Tonjes said both of his parents recently celebrated their 80th birthdays, his sister was pursuing other career options and he was ready to join his wife Cindy in retirement. Cindy Tonjes has been a longtime local school teacher.

"We have always appreciated the support that we have received from Lake Wales and look forward to serving the community in other capacities in the years to come," Tonjes wrote.

The Tonjes family started its 50th year in the hardware business in June, initially operating a Western Auto Hardware Store in Tipton, IN. They have operated from three locations, all on Park Avenue downtown.

Their larger True Value Hardware store in downtown Lake Wales, in the old McCrory's department store building, was destroyed in a September 2003 fire, which was believed caused by a faulty light fixture. The family donated the property to the city for parking. Tonjes relocated to the Friedlander Building at the corner of First Street and Park Avenue and took over the family business in November 2003, naming it for his dad, Cliff, who continued working at the popular downtown store. Cliff Tonjes is a former Lake Wales mayor and Citizen of the Year and supporter of many downtown initiatives, including large wall murals.

The hardware store was known for personal service and a large inventory of diverse items.

"We have already begun offering discounts on several categories of merchandise," Larry Tonjes announced. "We will continue to add additional categories while trying to strike a balance of meeting our customer's everyday hardware needs."

The announcement generated numerous comments from well-wishers and people indicating the store would be greatly missed. 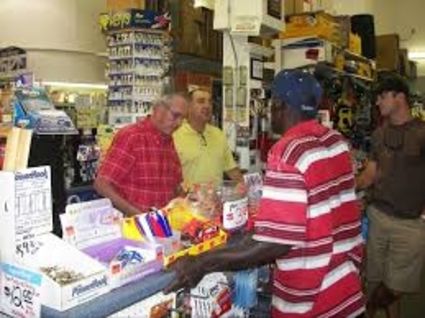 "True Value was always the place to find things you couldn't find anywhere else!! We will miss the smiling faces of all the Tonjes family," wrote Molly Thompson. "I hope retirement and new adventures are wonderful for all! Good luck and God Speed!"

Robert Oakman commented: "I am sad for our community, but extremely happy for both of you!

Now it is time to enjoy all of life's adventures!"

"There will be many that miss your store serving the community as it does," commented Robbie Shields. "Not only do you provide the people who shop your store great prices, great fellowship, and a variety of items they have trouble finding other places you have always helped the community in numerous avenues too many to mention. Thanks and enjoy your retirement."