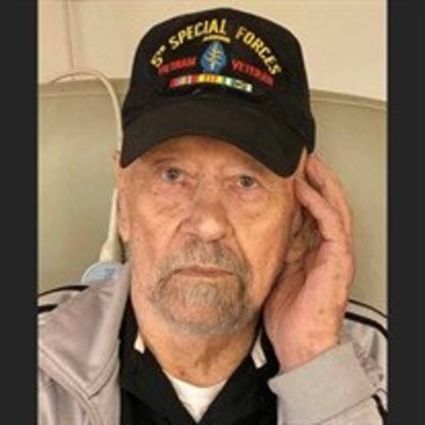 Daniel served in the U.S. Army in the 5th Special Forces; he served three tours in Vietnam and retired after 23 years as a Master Sergeant. Daniel was also a Bronze Star recipient. After his retirement in the Army, he became a Deputy Sheriff in Collier County and later became the Police Chief in Jennings, FL.

Along with his parents, he is preceded in death by his wife of 59 years, Marjorie Rae (Fennell) Bowen. In their late years, Daniel and his late wife were taken care of by their daughter and son-in-law, Rosemary (Tommy) Sheppard.

A full military honors memorial service will be held at 3 p.m. Saturday, Nov. 30 in the Chapel of Marion Nelson Funeral Home with burial following in the Lake Wales Cemetery. The family will receive friends one hour prior to services. Sympathy may be expressed online at http://www.musicfuneralservices.com or http://www.marionnelsonfuneralhome.com.

In lieu of flowers the family asks donations be made to The Stephen Siller Tunnel to Towers Foundation (2361 Hylan Blvd, Staten Island, NY 10306) or The Wounded Warrior Project (1990 Fordham Drive, Suite 100 Fayetteville, NC 28304) in honor of Mr. Daniel Bowen. The Bowen Family is being served by the professional and caring staff of Music Funeral Services, Valdosta, GA and Marion Nelson Funeral Home, Lake Wales, FL.