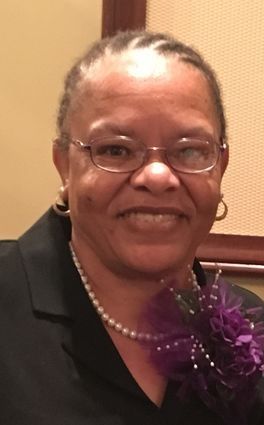 "This is a very sad day for the City of Lake Wales. Wanda was such a bright light for our community. She will be missed in so many ways," said Mayor Eugene Fultz.

Howard became NAACP Branch 5109 president in January 2017, the first female to serve in that capacity. She was named branch president of the year at the state conference in September.

She joined the National Association for the Advancement of Colored People in 1986, right out of college, and was a Life Member. She previously served as Youth Council Advisor with emphasis on the ACT-SO and Back-2-School/Stay-in-School programs. At the state conference in October Howard also was elected as member at large for the Executive Committee for the Florida NAACP, garnering 154 of the 156 votes cast.

"I just count it all as the work of God that wants me to do this," Howard said at the time.

"We lost a warrior who was a pillar in our community," said Lake Wales City Commissioner Curtis Gibson, who said he considered Howard a mentor, someone he called upon for advice. "She advocated for what she believed in and what we need. She will be greatly missed, but we will keep moving forward so her work won't be in vain."

Howard was very active in her church, the Allen Temple African Methodist Episcopal Church of Lake Wales, serving as church clerk and in various other capacities. She was a past member of Polk County Healthy Start Coalition, League of Women Voters of Polk County, and American Association of University Women. She has worked and volunteered in many local schools and was recognized as Volunteer of the Year at Lake Wales Senior High School for the 2011-12 school year.

Her community and civic engagement activities resulted in her recognition by Congressman Darren Soto as a Distinguished Leader in Central Florida for Black History Month with the honor being recorded in the Congressional Records of the 115th Congress, Second Session. The Lake Wales City Commission recently issued a proclamation, honoring her service

Services are incomplete. Alexander Funeral Home is in charge of arrangements.