Mayor, Commissioners May Get Raises - But Not for 16 Months 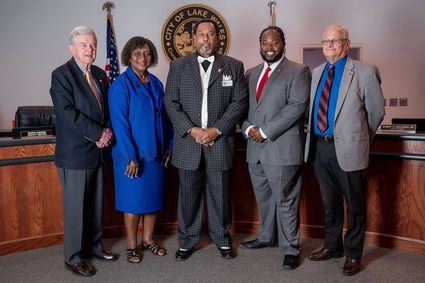 Lake Wales City Commissioners and the mayor may be getting a pay raise, but it will be April 2021 at the earliest.

Commissioners at their Dec. 2 meeting asked City Manager Ken Fields to look into the possibility of a significant boost in pay. The current annual rate is about $4,817 for commissioners and $7,226, who by charter gets 50 percent more, plus he receives a $300 per month car allowance. They also are eligible for city health insurance and the get whatever cost of living adjustment is given to other city employees annually, 2 percent this year.

Fields provided a comparison with several other local or comparably sized cities, which shows Lake Wales salaries are generally at the low end. The exception is Auburndale, which pays its commissioners $5,943 per year, slightly more than Lake Wales, but its mayor receives an annual salary of $6,937, a little less than Lake Wales.

Commissioner Curtis Gibson pointed out it costs him personally to attend professional conferences to represent the city since the school district docks his pay if he doesn't have personal leave to cover the absence. Commissioner Al Goldstein said the $30 per diem for meals doesn't come close to covering the cost, especially if he's traveling somewhere like Washington, DC to represent the city's legislative interests. The meal per diem is set by state statute and hasn't been adjusted in many years.

Fields told commissioners at their Dec. 17 meeting that they can adjust their own pay by adopting an ordinance, but according to the Charter it won't take effect until after the April 2021 city election. The charter says raises can't take effect until newly elected commissioners take office, but it also must be six months after the ordinance is adopted. That means the window for 2020 has passed.

Fields said he would look at policies from other cities which provide additional non-salary compensation, such as reimbursement for memberships and other expenses since they are expected to be involved in the community.