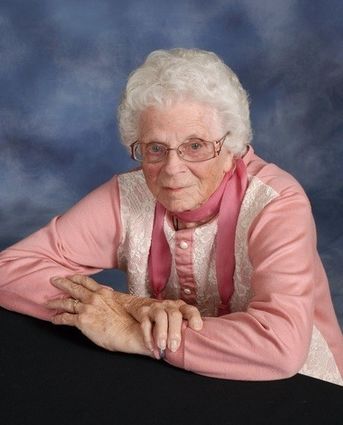 She was born March 11, 1920 in Watertown, NY to the late Arthur and Beatrice (Sisson) Freeman. She was a winter resident coming from Sandy Creek, NY since 1980 until becoming a full-time resident in 2014. She was a retired line supervisor for Bristol Labs. Elwina was an avid bingo player, she enjoyed cooking, crafting, rider her bike and family time.

She is preceded in death by her daughters Sheila Touse, Caroline Georgiana, grandchildren David and Deborah.

Memorial service will be held at a later date at the Camp Inn Clubhouse. In lieu of flowers donations may be made to Good Shepherd Hospice at 105 Arneson Ave. Auburndale, FL. 33823.