Warning's Over: Texting While Driving Now Will Cost You 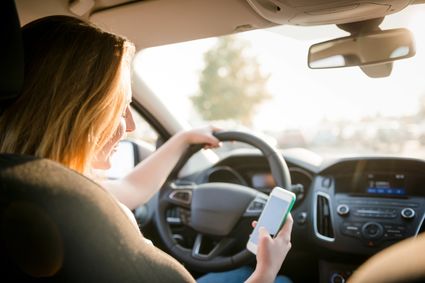 The six-month warning period for texting while driving is coming to an end. Law enforcement officers will begin citing violators Jan. 1, with fines of $30 for the first offense.

Texting while driving became a primary offense July 1, meaning law officers can now pull over drivers they see texting. In the past, officers needed another reason to make the stop. The texting ban does not apply to a driver using a navigation device or to a driver whose vehicle is stationary.

The first offense is a non-moving traffic violation (no points) and a $30 fine. The second and subsequent offenses within 5 years are moving violations (3 points) and a $60 fine. The fine is per state statute; it does not include court costs or other fees imposed by the clerk of court. Warnings do not count against the driver's record.

When the ban first went into effect Lake Wales Police Chief Chris Velasquez said he fully supports the new: "Just taking your eyes off the road for a second or two can be tragic. It can happen in the blink of an eye."

Velasquez says most people can remember a scary time when they traveled down a road at 60 miles per hour and at the last minute saw a walker or bike rider that they almost hit.

"We have to be engaged when we're driving. We have to have our mind on what we're doing," Velasquez said.

The Legislature said the intent of the new law is to "improve roadway safety for all vehicle operators, vehicle passengers, bicyclists, pedestrians and road users." The law is intended to prevent crashes related to text messaging while driving and to reduce injuries, deaths, property damage and health care costs. The Legislature said banning texting also could reduce health insurance rates and automobile rates related to motor vehicle crashes.

Texting related crashes are included in the distracted driving statistics, which also include tending to kids or passengers in the back seat, eating, watching an event outside of the vehicle, interacting with passengers, unsecured pets, putting on makeup or grooming, adjusting radio or climate controls, checking your GPS app or system and even daydreaming. Texting includes emailing and instant messaging.

"Distracted driving is extremely risky behavior that not only puts drivers and passengers in danger, but others out on the road as well," said Colonel Gene S. Spaulding, Director of the Florida Highway Patrol. "Focused attention on driving increases your reaction time to dangerous driving situations, helps to prevent crashes and saves lives." 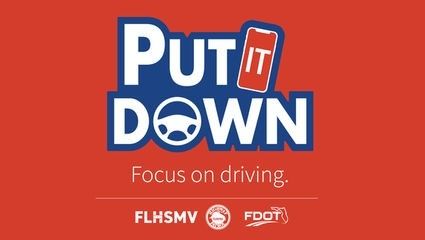 According to FHP spokesperson Lt. Kim Montes drivers are allowed to hold the phone to talk while driving, everywhere but in a school or work zone, but using a hands-free device is recommended. If drivers use an ear bud or Bluetooth device they can only use it in one ear, she said.

Montes said police making a traffic stop are not allowed to ask for or take a driver's phone to see if they were texting, but officers are trained to identify and articulate when a driver is typing into a wireless device.

Also covered in the new law is a requirement that communications devices must be used in a hands-free manner when driving in a designated school crossing, school zone or active work zone area. The mandate started Oct. 1 with warnings, but effective Jan. 1 citations will be issued.