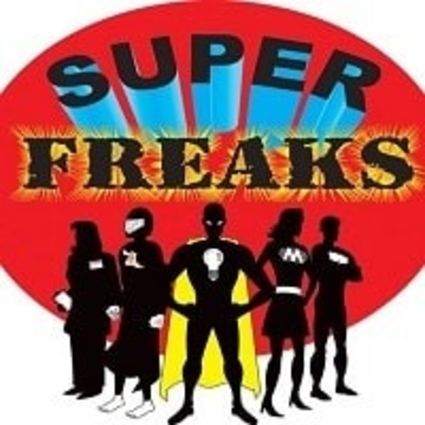 Auditions for the March Lake Wales Little Theatre production of Super Freaks will be Jan. 13 and 14.

Director Lesta Woods is looking to cast three men and three women in this fun play about quirky inmates at a mental health facilty who imagine they are crime-fighting superheroes.

A copy of the script is available for review at the Lake Wales Public Library. Auditions start at 6:30 p.m. both day at the theatre at 411 N. 3rd St. in Lake Wales.

In the play, Lois Lancaster is a big-city journalist writing about the current state of mental health facilities. Her research takes her to a hospital populated with a unique group of quirky inmates who imagine they are crime-fighting superheroes.

Speed Freak thinks he can run at incredible speeds, while Dim Bulb, the most enthusiastic person on the face of the earth, thinks he has the ability to turn off lights with his brain. Mental thinks she can read minds, despite being prone to sudden outbursts of bizarre non-sequiturs. Kevin, much less quirky and flamboyant than the other inmates, doesn't embarrass himself with a ridiculous code name or costume...at least, not initially.

Dr. Gail Eisner appears to be a kindly hospital administrator, a steady influence needed to effectively run a madhouse like this one. At first Lois finds their elaborate superhero fantasies to be an entertaining diversion, the wild delusions of unstable minds, until something unusual happens that makes her wonder.

The play will debut March 13 and run for three weekends, with performances at 7:30 p.m. Fridays and Saturdays and 2 p.m. on Sundays. Information about rehearsal dates and expectations will be available at auditions.