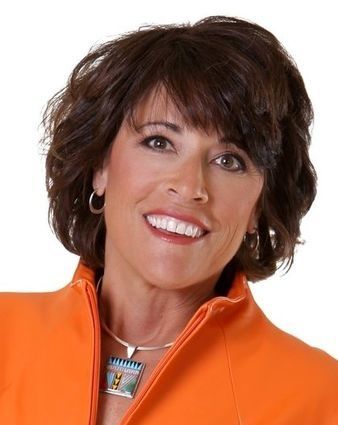 You don't lose fifty pounds in two weeks. You lose them one pound at a time. You don't begin a fitness regiment by running a marathon. You run a mile or two.

So don't stare at the prospect of de-stressing and re-building your life by expecting to change everything by midnight tonight. It's too intimidating. You are who you are. You may want changes, but those changes can't – and won't – happen in an instant.

The one thing I have seen repeatedly in people who face daunting challenges is that they often won't try because the situation seems too big and hard to conquer. They think they must do it all and fix it all – at once, and that's too hard so they just don't bother and settle for the status quo.

I know a very bright young woman who had a child when she was 17 and wound up cleaning houses. By the time she hit her 30s, she was convinced that she could have nothing more for her life. She blamed it on foolish choices in her youth, but I told her that the foolish choices continued every time she chose inaction over action. She wanted to be a nurse, but the prospect of going to nursing school was too overwhelming, especially since she'd be doing it while dealing with life as a single parent with very little income.

I told her about a man I interviewed at a college graduation. He started his studies as a young father and it took him ten years to get that bachelor's degree. He did it one class at a time. It didn't matter what was going on in his life, he always had one class in progress to move him forward toward his ultimate goal. And, he achieved it.

You don't have to fix everything in one day. If you think you do, you will be tempted not to fix anything. Just take small steps.

Keynote speaker Fawn Germer is the best-selling, Oprah-featured author of eight books and one of the nation's most sought-after leadership speakers. She is a four-time, Pulitzer Prize nominated journalist and has personally interviewed more than 300 famous leaders and legends for their perspective on leadership and success. She has headlined events around the world for Cisco, Coca-Cola, Xerox, Kraft, NASA, Michaels, PepsiCo, FritoLay, State Farm, GlaxoSmithKline, The Department of Defense, Novartis and many other associations and corporations. She lives in Dunedin, FL. For more information, see her website at http://fawngermer.com/\